The Lighting Bug company I first heard about at the spring 2017 workshop of the Commercial Vehicle Safety Alliance. Company head and Lighting Bug inventor Marcus Boykin spoke briefly to CVSA’s vehicle committee about his tech, which offers a way to avoid ever running with a headlight out by turning the “high-beam side on at the brightness of the low beam” when the low beam goes dark, Boykin says, as briefed in the video up top.

With Lighting Bug working as intended, operators still have high-beam functionality in the affected headlight, too, Boykin says, answering a common question he gets from prospective users. 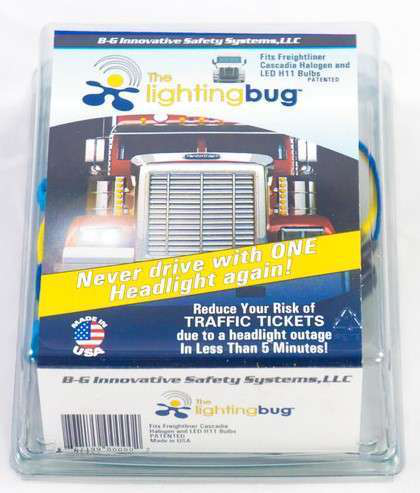 Costing about $100 per pair of headlights, Boykin says, the system is “small technology that plugs and plays with the existing headlights on the vehicle and monitors the headlights for failure,” then acting to mitigate a loss of light in the event of failure. If a failure occurs and the bug is installed and working, however, the driver may not even notice the failure. To assist in notification, when the vehicle is powered down and then back on again, the affected headlight flashes three times fairly slowly to let the driver know a replacement bulb is needed.

Boykin believes Lighting Bug could be the kind of low-cost, high-return technology that could give owner-operators and small fleets a way to take advantage of any eventual “Beyond Compliance” effort to achieve positive credit in the CSA safety scoring system for going above and beyond safety-regulatory requirements.

It all came to be when Boykin, who’s trained and has worked in electronics for more than two decades, got off work late one day near his Jackson, Tenn., home base. On his way home in his personal vehicle, he was pulled over and ticketed for having a headlight out, which he’d just not realized was the case.

In subsequent months, he was newly aware of the multitude of other vehicles on the road in similar predicaments, and thought a piece of electronic equipment might easily mitigate such problems. 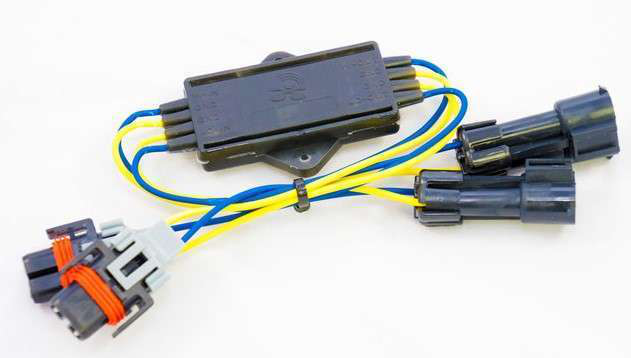 The Lighting Bug tech is shown here — “you can fit three or four of them in your pocket,” Boykin says, to give you an idea of size. The device plugs directly into your headlight assembly on one end, electrical connection coming from the truck on the other, and powers on with the truck. It works with most any headlight assembly, he adds, from both traditional halogen to newer LED assemblies.

For truckers, inoperative lamps represent probably the biggest well of inspection violations seen in many states, and a headlight is no doubt a common reason roadside inspectors use to stop and inspect a truck, particularly in states where maintenance violations are a high priority like those in the map below.

Boykin says the bug’s fail-safe nature for a failed headlight could well make the chance of one of those clean inspections greater. His conversations with program administrators at the CVSA Workshop last year, he says, led him to believe that a failed lamp being corrected by the Lighting Bug wouldn’t generate a violation if inspected while the bug was operative, despite the inoperative bulb.

Better yet, I think, it might keep you from getting stopped entirely.

For now, Boykin and company are selling the bug out of the Jackson, Tenn., TAG Truck Center location, though conversations are continuing with major truck stop chains and other distributors. You can read more about the device via the company’s website at this link. 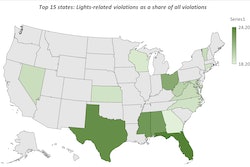 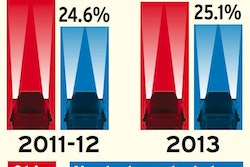