Sarah Rosenblum of Bullpen Rescue, headquartered in Norwood, Ga., wrote in with some notes on one of the “giant breed” dogs her organization specializes in rescuing and finding homes for. Having gotten to know Buster, pictured above (likely a combination of American Bulldog and Bull Mastiff, Rosenblum says, though she’s not 100 percent on that without a DNA test), she suspected an ideal home for him may well be with a highway hauler with a good walking habit.

“We’ve had him for the last 7 months,” she says, “and haven’t had a single serious inquiry for him. It may be another 6 months before we even have a candidate that would be workable. And the older he gets [she describes Buster as “middle age” at this point, weighing around 100 pounds], the less his chances are of ever being adopted. A trucker is Buster’s best chance at finding a happy, loving home sooner rather than later, and I believe that he’d not only succeed, but that he’d thrive in that environment.”

He apparently had a fairly “rough life before he came to our rescue,” Rosenblum adds. “Like most of us, his experiences shaped his personality for better or worse.”

The better, from Rosenblum:
**Mr. B is an incredibly sweet, loving boy.
**He’s awesome with people of all shapes, sizes, and colors.
**He loves to ride in the car [truck too, one would suspect].
**He’s middle-aged, so he’s mellowed to perfection.
**Like most giant-breed dogs, he doesn’t need a ton of exercise, and would actually prefer to be a couch potato.
**He’s housebroken, leash trained, and knows basic obedience.
**He’s fully vetted and neutered.
**Nobody will mess with you or your stuff when Buster is on board (he’s big enough to be scary but quite compact)

The worse:
**He’s never really had a person or a place to call his own. Consequently, he becomes bonded to people quickly, and gets anxious when they leave him. When he was here at the sanctuary, we learned that he had to be leash-walked, because he’d scale the 6.5-foot fences in the play yards to come find me to hang out. When we put him in a foster home, we learned that he wouldn’t stay in a regular crate, because he needed to be near his person. [Buster is currently out in Arkansas boarding with a vet before he can get a ride back to Georgia, after that failed foster experience.]
**Before coming to rescue, he didn’t have much exposure to or positive interaction with other dogs, and thus has a hard time interacting with them without getting into scuffles.
**He likes to eat cats.  Maybe eat is the wrong word.  He likes to chew on them.

In short, she says, “when we look at all of Buster’s idiosyncrasies together, we realize how narrow the needle is that we have to thread to get him into a situation where he’ll be successful: he needs a place with an owner that works from home or who can bring him to work, who doesn’t have any other pets, and who is committed to leash-walking him.”

The picture above is one from the archives of Somerset, New Jersey-based Peter Gallicchio, the son of a father and nephew of an Uncle who both trucked under the Joseph Georgiana Trucking name (also out of Somerset) through the 1970s, ’80s and beyond. Both men have passed on today, and Gallicchio reached out to me looking for a picture from the diesel drag nationals at Englishtown, N.J., that Overdrive hosted in the late 1970s and early 1980s. (The mention brought to mind U.K.-based Andy Harris’s film from one year of the nationals shared here last year.)

Gallicchio’s uncle bought a mini Crosley truck that had sat up high on the roof of Eastern Motor Freight sometime in the 1970s and, Gallicchio says, his father did the necessary mechanical work on it to get it running after it was converted to a mini tractor-trailer. He didn’t have the exact year the picture had run in Overdrive — the truck was shown at the race and was named “Most Outstanding Novelty” — but he did know the basic time period. We got to looking through the archives and we found it:

Needless to say, the photo isn’t of great quality to begin with, and reproductions pale in comparison to the original. We don’t have back stock copies that old other than those that sit in our own archive, furthermore.

Gallicchio’s wondering if anyone in the audience may have a copy of that July 1980 issue they may be willing to part with. He can be reached via his email: pgallicchio@remcorealty.net.

Catch full coverage of the nationals via this pdf of the story we created for him in his quest to document his father and uncle’s history at the 20th anniversary of his dad’s death. Stay safe out there this weekend. 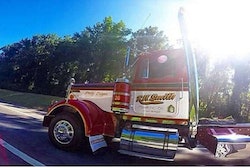 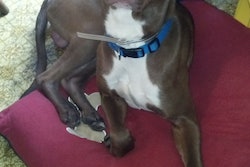 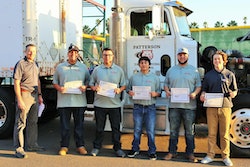