Political and tech pundits love the idea that artificial intelligence will put hundreds of thousands of truck drivers out of a job, and it's even been a centerpiece of presidential campaigns, but recent developments on the cutting edge of tech look set to deliver some exquisite poetic justice on that matter.

You see, artificial intelligence is more likely to take my job, writing articles online, than yours driving trucks. That's thanks to Generative Pre-trained Transformer 3 (GPT-3), which is "an autoregressive language model that uses deep learning to produce human-like text."

Recently, GPT-3's makers have allowed people to play around with the tech, giving it writing prompts and getting back in return some pretty serviceable, though often-enough hilarious, text. After some time with GPT-3, Joe Weisenthal, host of Bloomberg's Odd Lots podcast and a popular markets commentators, jokingly concluded that the tech news elites speculating about the demise of manned trucking are probably in for a rude awakening.

Elsewhere, he gave the writing bot some mock assignments and it spat out some surprisingly sound copy.

A quick Google search shows that while he's mostly joking, it's about halfway true. Startups and established players now definitely use AI to generate written content online. On LinkedIn, Silicon Valley firms are hiring editors and programmers to help create and improve AI-written content and to make it more conversational.

All of this to say, the rumors of trucking's death may have been exaggerated by the exact people that might soon get displaced by its would-be killer.

Truck drivers provide an essential service to the country, and it's not one that programmers can take away with the stroke of a keyboard. As for your friends at Overdrive, let's hope GPT-3 never masters our craft and keeps on turning out dreck like this: 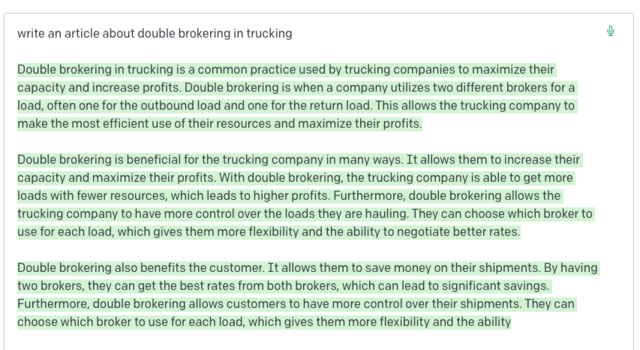 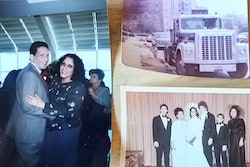 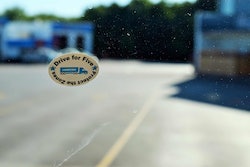 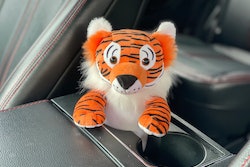 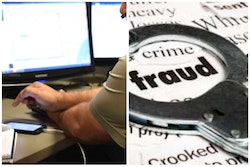