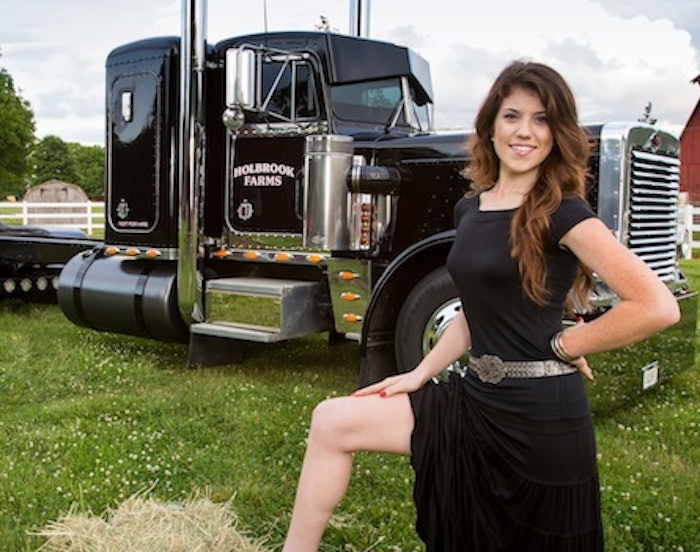 Matched here with our model is the beautiful Holbrook Farms 1986 Peterbilt 359 at owner David Holbrook’s 350-acre dairy farm in Murfreesboro, Tenn. Holbrook uses the truck on the farm, but its primary vocation is toting a 48-foot race trailer housing his two mammoth tractors to fairs in Middle Tennessee, Georgia and Kentucky.

“We enjoy getting out and blowing a little black smoke,” he says. Holbrook, with his wife, is also the promoter/organizer behind the Southern Invitational truck and tractor pull at Miller Coliseum in his hometown every February.

He has had the Pete for about four years. “The first winter we took it apart and painted it,” Holbrook says. “The second we extended the frame to a 308-inch wheelbase, and this past winter we put in a new motor” – a vintage B-model Caterpillar with a 15-over transmission. While the motor was out, he added, “we put a custom walnut floor in the cab interior.”

Other touches include the custom-cut flames in the rear fenders’ front stainless braces and the powder-coated fuel tanks. “It’s a baked-on finish,” he says and it requires no polishing – just wipe clean and it’s ready to show. Check out the slideshow to the right for different angles of the truck and model.

Holbrook’s truck was the featured spread in Overdrive‘s September issue. Here’s what it looked like: 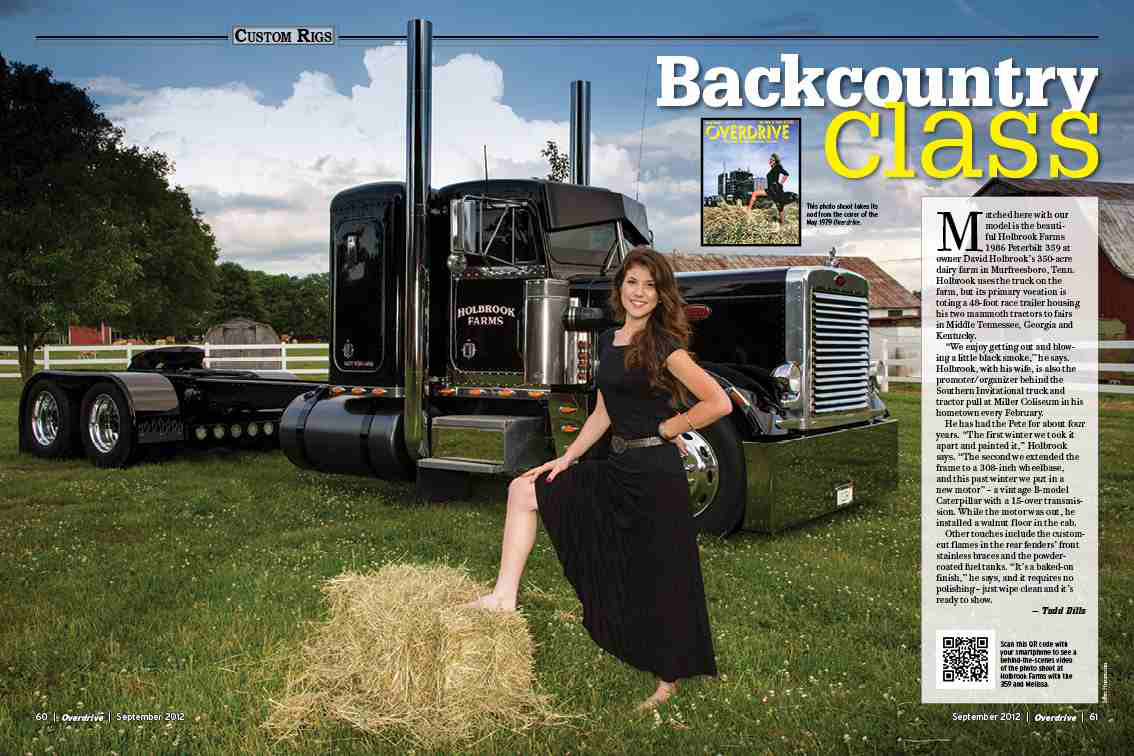