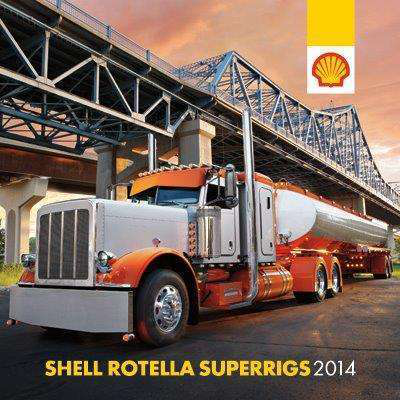 The 2012 Peterbilt 389 owned by Billl Rethwisch, featured in the calendar and on its cover, was named one of four winners in Overdrive’s 2013 Pride & Polish National Championship Series in August. The SuperRigs Best of Show rig features a custom Omaha Orange paint scheme, 245 lights and an orange and white custom interior.

You can order the calendar through www.Rotella.com for $9.99 plus shipping and handling.