One standout among the 2014 Pride & Polish National Championship Series was Kenneth Fisher’s 1997 Peterbilt 379, with its striking green flame graphics.

“I’ve been a firefighter all my life, so I wanted the fire in my truck,” says Fisher, who’s from Muscoda, Wis. and Leased to Mercer Transportation. “It’s always been the mocha pearl, and then we added the dark green and lime green fire.”

Fisher took Third Place for Working Bobtail in the Championship Series, which concluded Aug. 23 at the Great American Trucking Show in Dallas.

The series included only Best of Show winners from the five Pride & Polish events of the last 12 months. 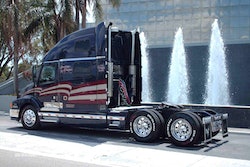 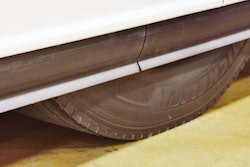 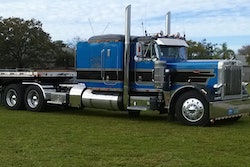 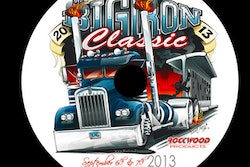