Mack technician Mike Morgan picked up where he left off last season in the ChampTruck World Series opening race at Palm Beach International Raceway on April 9-10.

The 2015 series champion, Morgan kicked off his 2016 campaign with a win to open the 10-race season. He out-raced familiar faces such as Ricky “Rude” Proffitt and Allen Boles, as well as newcomers to the series Justin Ball, Miklos Maricsek and Chris Kikelhan, a star on A&E’s TV show “Shipping Wars.”

Morgan won three of the four heat races before taking the checkered flag first in the feature race. He came from the back of the pack in the Podium Race to overtake the rest of the field and capture the win. The finishing order for the race was as follows:

The second race of the season will take place at Virginia International Raceway on April 30. 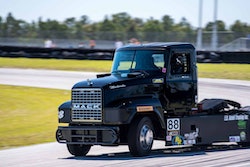 ChampTruck heads to Virginia for second race of season 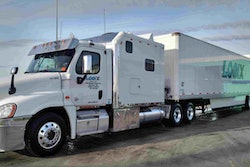 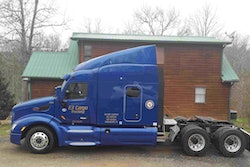 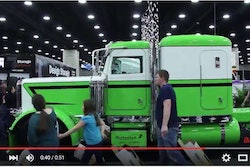 Sights and sounds from the Mid-America Trucking Show