A first-year success in the Badger State Truck Show

The first ever Badger State Truck Show is in the books, and scheduled to become an annual event. Organizers and those in attendance agreed: a good time was had by all.

Like several of the smaller shows that have begun popping up, Badger State grew from a Facebook group, Badger State Large Cars, and a desire to showcase the true working trucks of Wisconsin. Shane Voss, one of the page’s admins, wanted to take it a little further than just a social media group, so he and a few friends from the page got on it and organized this year’s show.

Trucks, tractor pulls and musical entertainment by Paul Marhoefer rounded out the festivities at the 2 day event. Rob Hallahan’s 2006 KW won the Kid’s Choice award and was the featured truck at the event. Bryce Novitski took home the People’s Choice trophy with Dvorachek’s.

Jesus Christ, he never said I love you.He just took and died on Calvary.I guess my daddy weren't as suchfor niceties so much,He volunteered for Korea back in 53.Still he brought home the bacon by the carload.I'm talkin' New York Strips, Sporkies , pork roasts and hams.Then he'd settle in his old blue chairWith his book and a Grenadier,Showed me what it meant to be a man.Chorus:'Cause the heroes they don't make much noise , they just leave the boastin' to the boys;Took me fifty years to understand that there's a make of man that you just can't find, 'cept in the silent spaces down between the lines; but if you don't even try he won't give a damn.I was born to a good , strong, quiet man.Thank you Shane and Amanda for making this happen.

(Above: Marhoefer played headliner for the first Badger State Truck Show. as well as being the first time his father saw him perform in a professional capacity. This song was written for his dad.)

Between actual registered trucks and those who showed up just to participate in the spectator tractor pull for bragging rights, Voss estimates somewhere around 108 trucks came out for their first show, and that’s a phenomenal number for a small, first time event.

Planning has already begun for next year’s show. Dates for the event will be posted on the Facebook page when they’re set. Congratulations on a great show! 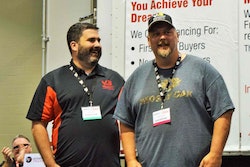 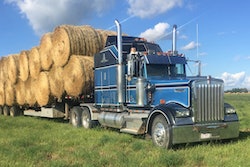 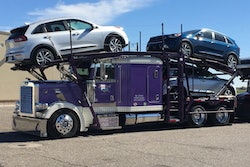 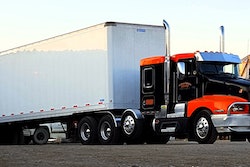