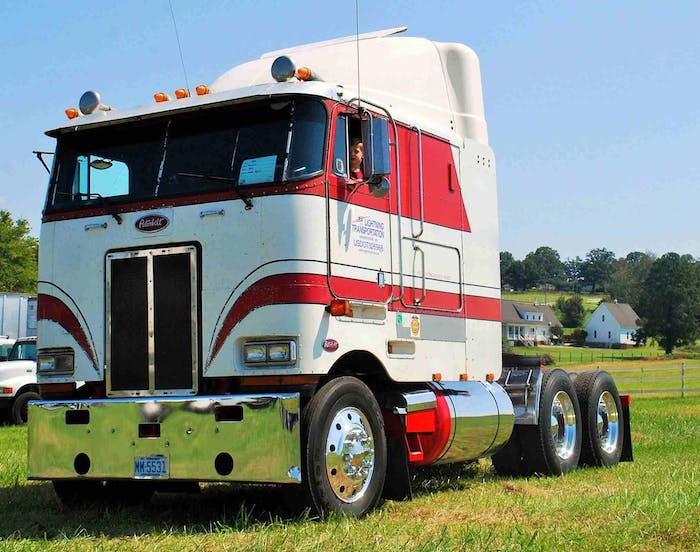 The 1989 Peterbilt 362 double-bunk cabover you see in the video above has been in James Ryan’s family for years, after its first life as a Congare fleet truck hauling a reefer — Ryan’s father Art Nelson’s small military-household-goods fleet used it with three other nearly identical trucks, with consecutive VIN numbers, before Ryan convinced the fleet owner to sell it to him six years ago. 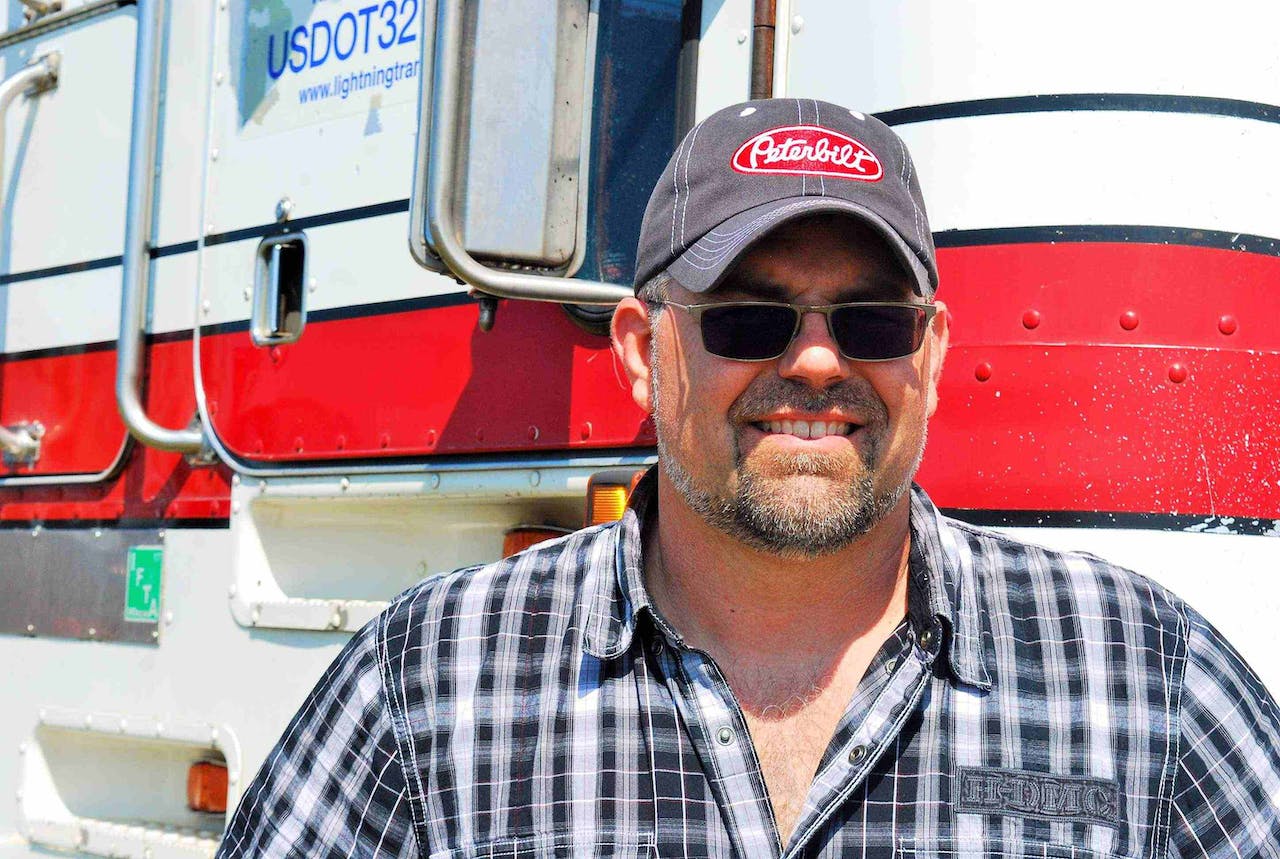 Two other of those consecutive production units, Ryan’s the first of the four, survive to this day, Ryan notes. He continues his own work on it, with big plans for the exterior skin and the interior as well, as he finds the time between regular runs to the Port of Savannah, typically, with an empty container, loaded back to a Charlotte-area distribution center.

To date, he’s done most of his work to keep the rig in top mechanical order, refurbishing from the inside out, bottom up. As his grandfather told him early on about it: With this truck, “you’ll either be a mechanic or you’ll be out of business.” Ryan’s learned his stuff, no doubt. 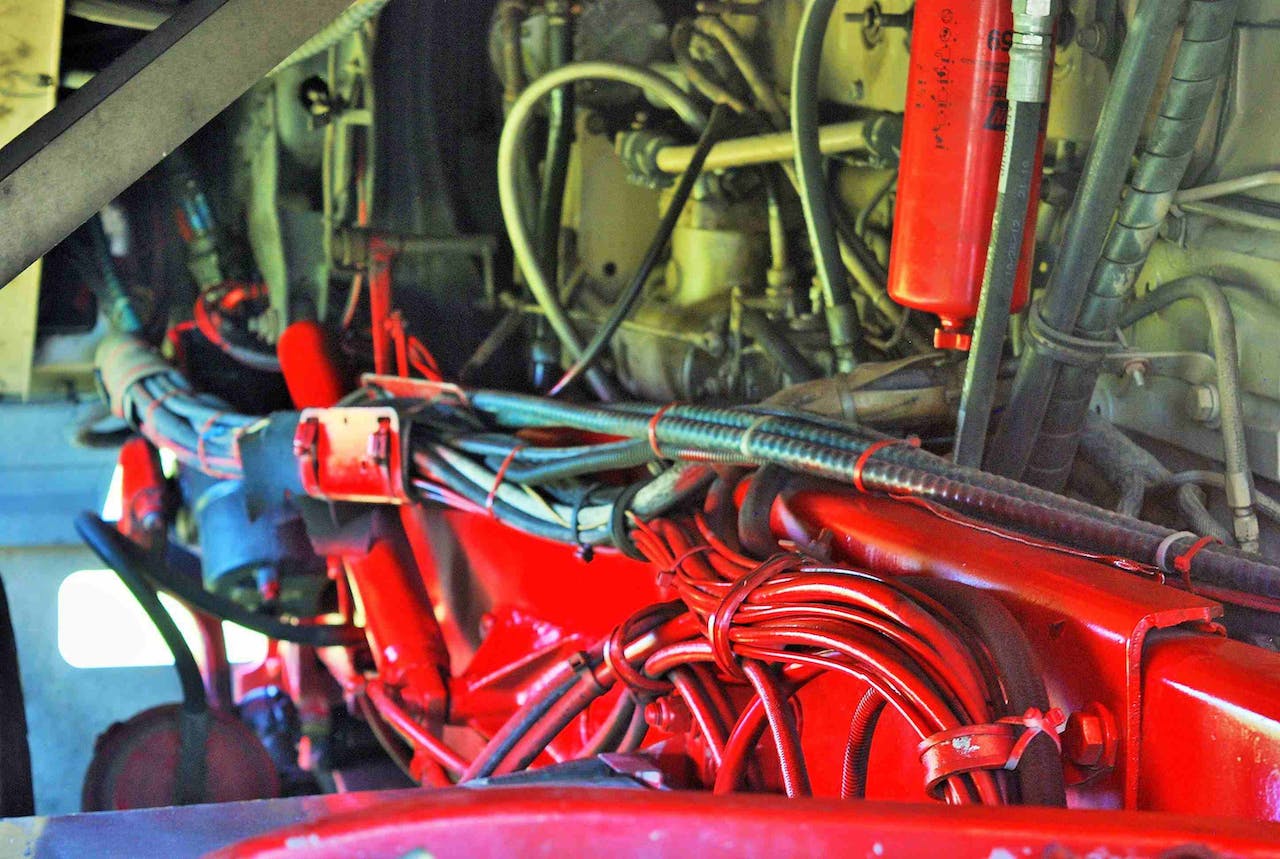 A look down the frame rails from the rear of the cab into the engine compartment shows in part just how much the owner-operator has done under the cab, as it were, these recent years to the nearly 30-year-old tractor. It’s powered by a 350 Cummins Big Cam 4, fully mechanical engine. Catch plenty more views in the vid.

There’s plenty more left to do, as you’ll hear him detail in the video, showcasing part of a talk with him out at the Southern Classic Truck Show in Lincolnton, N.C., a week and a half ago. 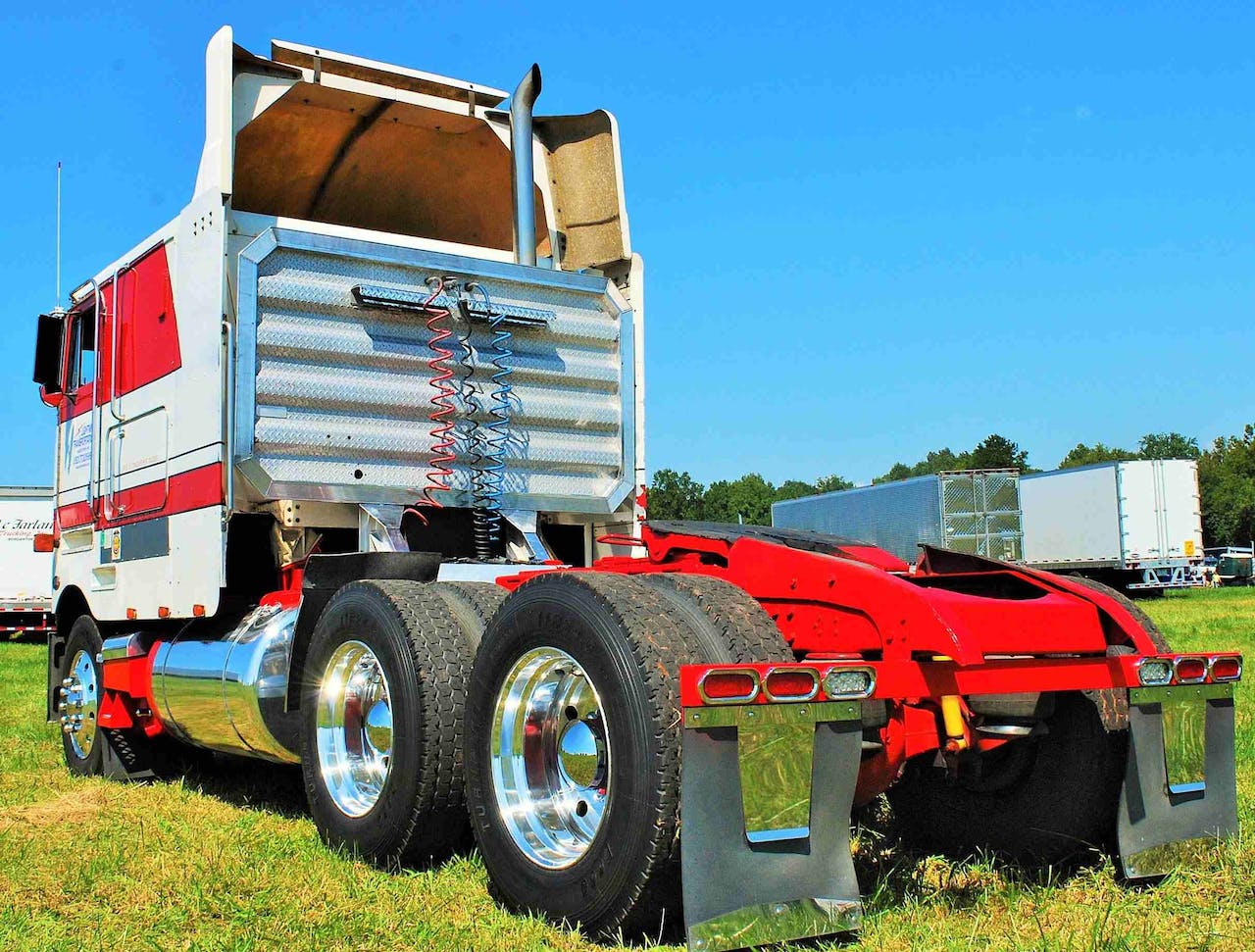 View from the rear of the 190-inch wheelbase unit, which Ryan plans to stretch a bit in future to 250-260 inches, with a frame out of a newer-model Peterbilt 386 — for an improved ride and a bit of an enhancement in the look as well. 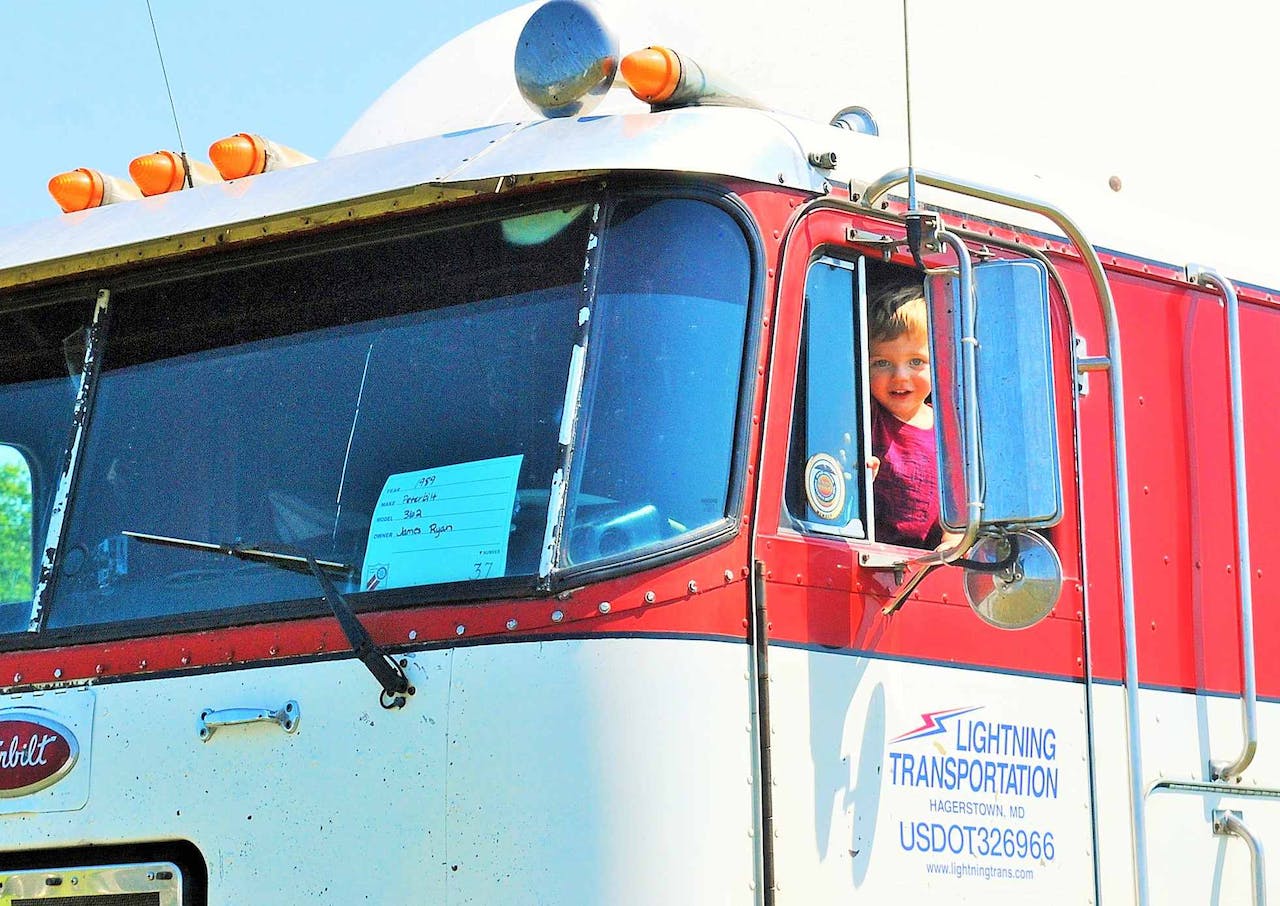 The future hauler shown here is Ryan’s son Greyson, one of two sons (the other 10-year-old Carson) Ryan’s proud to claim. I met Ryan and the two out at the Southern Classic Truck Show in Lincolnton, N.C., earlier this month, where these pictures were taken.
Related Stories 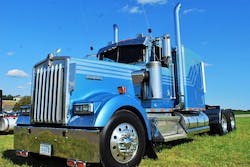 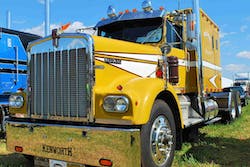 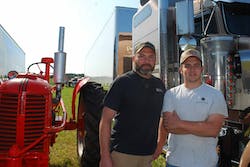 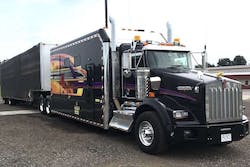