At a meeting of the Motor Carrier Safety Advisory Committee to the Federal Motor Carrier Safety Administration Aug. 27 in Alexandria, Va., FMCSA Government Affairs Director John Drake updated the committee on provisions of the MAP-21 highway bill that would require agency action over the next two years and three months, the bill’s duration.

“Our budget may have remained relatively flat” compared to previous funding levels under SAFETEA-LU, said FMCSA Administrator Anne Ferro, but the bill “gave a significant bump in safety…. We’re all extremely excited about the initiatives that MAP-21 enables – much of it was [on] our program’s agenda.”

Among those initiatives on FMCSA’s agenda was the electronic log mandate, which Drake confirmed was on the agency’s schedule to reach Notice of Proposed Rulemaking stage in March of next year, proceeding to a final rule by October.

The EOBR mandate, first proposed in different form decades ago, was among the highway bill’s most controversial provisions. Reflecting that long history and joining others among skeptics of the schedule, “timelines are sometimes not exactly predictable,” said Committee member and Owner-Operator Independent Drivers Association Executive Vice President Todd Spencer. “There are things that can happen along the way.”

One item on the agency’s program agenda that was not included in the highway bill was expanded authority over drivers relative to making its Compliance Safety Accountability’s Driver Safety Measurement System available for public view, said FMCSA Associate Administrator for Enforcement Bill Quade. “One day we may consider doing publicly available driver-scoring systems,” he elaborated, noting “there are many complications that would go along with a driver scoring system,” among them the Privacy Act and other protections of individuals’ identifying information. “We asked Congress in MAP-21 to make [additional FMCSA authorities] crystal clear, but they didn’t.”

Also on the agency’s docket is issuance of an NPRM relative to the longstanding goal of utilizing carriers’ SMS results to compute a final Safety Fitness Determination for companies, Drake said. He expected the NPRM would be available for comment as early as January 2013.

Quade said in a briefing on the CSA system that “we will propose an absolute scale” for ratings in the Safety Fitness Determination, “not a relative scale” like the SMS BASIC (Behavioral Analysis and Safety Improvement Category) numbers. One of the challenges they’re dealing with is “finding a threshold level that does not change month to month.”

As of October 1 this year, when MAP-21 goes into effect, FMCSA will gain expanded authority to deal with reincarnated and otherwise high-risk carriers to effectively shut companies down, Drake said. “The way the provision is crafted is in two parts — beginning October 1, if the agency finds a carrier to be an imminent hazard,” not only can FMCSA order the company to cease operations, it will gain enforcement powers to tow and/or impound company vehicles. In future,”there is potential to expand that imminent hazard authority,” he added.

Said Administrator Ferro, “It’s intended for those who defy logic and continue to operate after we’ve shut them down. We’re trying to get to the worst of the worst.”

Other provisions expected to see action over the next year: 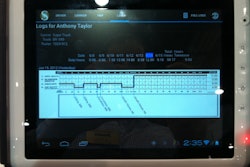