What would the trucking industry look like without 70 percent of the independent and small-fleet owner-operators in business moving freight on the roads today?

What kind of recruiting and training efforts might be required among more sizable fleets if 52 percent of their company drivers and leased owner-operators suddenly exit the business?

Such questions aren’t strictly rhetorical. An Overdrive survey of readers shows such percentages of respondents saying they would either retire or look for another line of work before they’d ever run with an electronic logging device.

Under the proposed rule by the Federal Motor Carrier Safety Administration, ELDs could be mandated for virtually all interstate haulers by late 2016. Many of the largest fleets have adopted ELDs or are phasing them in, and medium-sized fleets are following suit. The smallest fleets — whether unable to afford electronic logging systems, objecting to the devices as an invasion of privacy or without personnel devoted to safety technology — are likely to be the last holdouts.

It’s unclear how many of those small independents, as well as some owner-operators and company drivers not using ELDs, would not follow through on threats to quit. But the recent experience of older drivers leaving when the current hours of service regulations were introduced shows the threats are not all idle. The ELD mandate likewise could accelerate industry retirements, says analyst Jay Thompson, president of Transportation Business Associates.

“Those are the drivers I would expect to actually leave – those that see in [the mandate] a reason to go ahead and say ‘I’m done with it,’ ” he says.

Here’s how drastically the numbers could play out. Assume the 71 percent of independents who say they’d quit actually do, and apply that to carriers in the for-hire population with one to five trucks. This would equate to an overall loss of about 260,000 trucks, according to data mined by RigDig Business Intelligence, Randall-Reilly Business Media’s equipment- and business-data analysis unit. That would remove more than 10 percent of the industry’s capacity.

When the 71 percent is applied to carriers with up to 15 trucks, it leads to a capacity reduction of more than 27 percent, or about 709,000 trucks.

The American Trucking Associations commonly cites a “driver shortage” that’s expected to grow to 239,000 by 2022, considering current growth rates in the driver population and expected driver demand. That dynamic will play out much more dramatically if regulatory pressures send more drivers away from over-the-road trucking.

“Will some people leave? Yes,” says Thompson, though it will be much less than 70 percent of small fleets. “It’ll be a really begrudging kind of adoption” once the mandate is in place, he says.

Most clients at owner-operator business services firm ATBS are leased to sizable fleets, and 75 percent said they were running electronic logs when surveyed in 2013, says President Todd Amen. However, only 26 percent of company and leased operator respondents to Overdrive’s ELD survey indicated they were running electronic logs today – and just 2 percent of independents and small fleet owners.

“I do think there are plenty of older independent contractors that are scared and stubborn” and thus opposed to electronic logs, Amen says. “But when it comes down to it, they’ll work under ELDs if they still need a paycheck, and most of them won’t be able to retire on Social Security [alone].”

However, Amen does view the exit of experienced drivers from the industry as a primary downside of the ELD mandate. It comes on the heels of changes in interstate truck drivers’ hours of service regulations that in some ways were equally unappealing to those with long industry experience.

Those changes appeared to be the final regulatory straw for many older drivers at Werner Enterprises, said a company executive in a 2013 story by Kevin Jones, reporting in Overdrive sister fleet publication CCJ from the American Trucking Associations’ management conference in October.

“In the 90 days leading up to the hours of service change,” Jones reported, the share of 60-67-year-old drivers at Omaha, Neb.-based Werner “fell by half.”

Said Werner President and Chief Operating Officer Derek Leathers: “It’s my belief that’s a representative sample across the industry of drivers who just said, ‘I’m out. I’m done. Thanks, but I’m moving on.’ ”

The simple need for income isn’t the only factor weighing against a huge exodus of haulers over ELDs, however. A common refrain among drivers and owners who’ve made the switch to e-logs is actually one of surprised positivity.

St. Louis-based Artur Express’ first experience with ELDs came when the operation transitioned in June to recruiting owner-operators to run under the fleet’s authority rather than their own. Today, of a total 300-plus-truck capacity pulling the company’s trailers, about 20 units run with ELDs. Todd Walthall, recruiting manager, says though some drivers do hang up at the very mention of e-logs, “We’re not losing a lot of prospective owner-operators because of it. With everybody around the industry coming to a conclusion that [the mandate] is coming, I think there is a bit of an acceptance of it.” Drivers 40 and under, he adds, “are more accepting.”

Others are more than just accepting: “I have had people mention to me that they don’t know how they’ve gotten along without them” after making an initially reluctant transition, Walthall says.

Amen has “witnessed ELDs firsthand in a truck with a driver on a multiday trip,” he says. “It is not a big deal if the driver doesn’t make it a big deal. It takes much of the guesswork and burden [of computing hours] away. In fact, I believe for a fleet, it gives them a huge advantage to better plan and help independent contractors to be more productive.”

Among small fleets that have transitioned to ELDs is Hartsville, Tenn.-based Old Time Express. Old Time adopted the devices in spring 2013 to satisfy FMCSA’s Tennessee division after an audit garnered the fleet its first-ever Conditional safety rating, mainly due to hours of service problems.

Old Time part-owner and -operator Mark White says the Omnitracs ELD system the company installed has defied conventional wisdom that ELDs do nothing but reduce hours flexibility and create an unmanageable situation for many drivers with increased pressure to run when tired. On the contrary, says White, “They’re not the end of the world. You can actually make it work better for you.”

The switch also forced operational changes, notably shifting more work to dispatch. “There’s a lot more relaying loads you’ve wouldn’t have before,” White says. “We always try to book ahead, to keep the driver aware of which load he’s on and is going to be on, so that he can plan today for tomorrow.”

As White sees it, the added dispatch workload actually took pressure off of drivers to make up for dispatch mistakes. “A small carrier should jump into it with both feet,” he says of ELDs, particularly when combined with sophisticated fleet-management functionality to refine back-office dispatch.

Not everyone agrees. They attribute what they see as a growing culture of unsafe on-highway behavior to pressure-cooker dynamics at carriers running electronic logs. “All they are doing is creating more aggressive drivers,” wrote Ken Hunzeker in commentary under an OverdriveOnline.com story about the ELD mandate proposal. “All you have to do is watch the trucks, and you can about guess by the way they are being driven what trucks have e-logs and what trucks have paper logs.”

Independent owner-operator Brad Lambert witnesses the same: “I constantly see them tailgating to try and pass, tearing through work zones, and I agree the aggressiveness will only become worse as they try to tear down the road to make up more time.”

Access to the kinds of tools that enable efficient, improved dispatch to combat such dynamics can be expensive. Old Time spent $20,000 for the hardware and software in its 20-truck fleet, and $40 per unit/month airtime subscriptions are ongoing costs. Less-expensive options for basic logs/driver vehicle inspection report functionality, as well as dispatch capability, are available.

It’s expected that costs will continue to fall with technological advancement and proliferation of ELDs.

“For us, we give away the hardware,” providing a connection to the truck’s electronic control module and charging only the subscription/service fee, says Ryan Barnett of XRS. “You do see some [logging] apps out there free for drivers” today, he adds. However, such software-only packages are today not capable of doing the work the ELD mandate will require of the devices.

One, however, KeepTruckin, as this report was being prepared made news with a plan to offer an entirely free ELD to users of its e-logbook. The company also offers a web-based dispatching platform free to fleets.

Considering the entire trucking landscape, says Amen, “I don’t think [ELDs] will be a sea change for our industry.” Most truckers will adapt “like they do to all change in our business. I think small fleets will find a way to do the same thing most of the big ones have already done.” 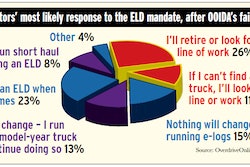 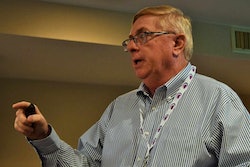 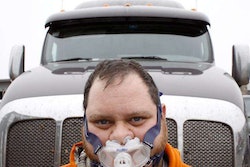