Reporting from the summer CCJ symposium in La Jolla, Calif., Aaron Huff detailed the presentation of Donald Broughton, well-known among transportation professionals for his quarterly tracking of trucking bankruptcies as an economic indicator. “The 28 years of data he has collected show a very predictable formula: bankruptcies increase whenever fuel prices go up,” Huff writes. “Companies may still be marginally profitable but go broke because they run out of cash. When fuel prices go up at the same time demand drops then failures increase more dramatically. Such was the case in 2000 and in 2008.”

While failures also tend to follow a “seasonal pattern,” spiking in Q1 and tapering off through the end of the year, 2013 was an anomaly.

“For the first time in 28 years,” Huff writes, “these formulas didn’t work. The number of bankruptcies increased every quarter as diesel prices and freight demand were steady.”

“That is the exact opposite of what you would expect from normal seasonality,” said Broughton, managing director of analyst firm Avondale Partners.

When Broughton “called many of the carriers who had closed their doors last year…with few exceptions they told a similar story,” Huff writes. “At some point during the past 12-18 months they were audited by the Federal Motor Carrier Safety Administration.”

The FMCSA’s hard line on hours led to e-logs for those carriers to an attempt to satisfy regulators, which led to lower utilization. “With fewer miles, driver pay went down and turnover increased,” Huff writes. “In many cases the fleets did not have enough drivers to fill 10 to 15 percent of their trucks.”

Read Huff’s full report, with upsides for carriers who remain, via this link.

Stay tuned to OverdriveOnline.com in the coming weeks for a report on one small fleet that went through a similar experience but remains standing today with more than a year of e-logs on the road behind them. 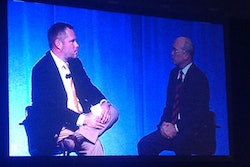 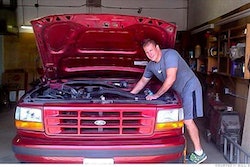 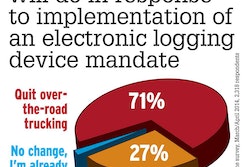