The final version of the U.S. DOT’s rule to mandate the use of electronic logging devices, published in early December, maintained the major anti-harassment provisions included in FMCSA’s March 2014-published ELD mandate proposal.

The measures fleshed out in the rule come, at least in part, in response to a 2012 court ruling that concluded FMCSA failed to include adequate safeguards in its 2010-issued ELD mandate to protect truck operators from harassment from carriers via ELDs (then called EOBRs). The court also vacated the rule because of it, sending it back to the DOT’s drawing board.

The new mandate, the compliance date for which is Dec. 18, 2017, devotes a quarter of its key components to harassment prevention measures and implements penalties for carriers that violate those measures.

In the new rule, FMCSA defines harassment and explicitly prohibits it, institutes safeguards against it and spells out a process by which drivers can file complaints over ELD harassment.

In this two-part series, Overdrive will take a look at the anti-harassment procedures in the rule, the rule’s process by which drivers can file a harassment complaint, what the rule says in regards to privacy of truckers’ records and the difference between harassment and coercion, the latter of which was tackled by a separate rulemaking.

On that definition, FMCSA bases this line in its rule: “No motor carrier may harass a driver.”

In plain language, what the two mean is carriers are prohibited from using a logging device or information received from a logging device to push a truck operator to drive when he or she is out of hours, tired or sick or when the driver does not think he or she can safely operate due to weather or road conditions.

For a penalty to be assessed, the driver in question must commit an “underlying” hours of service violation, the rule says. If no hours regulations are broken, however, the agency could pursue penalties against the carrier under the broader anti-coercion rule published by FMCSA in November — if an investigation shows the carrier also violated the coercion rule.

The penalty assigned to a harassment instance will be based on the underlying hours of service violation, if one is committed.

Harassment instances may also see enforcement intervention from the Occupational Safety and Health Administration, under the Department of Labor, which can pursue separate action from FMCSA.

The key steps the agency takes in the 2015-issued ELD rule to protect drivers from harassment include
(1) requiring the devices to have a mute function,
(2) protecting records of duty status from manipulative edits and
(3) limiting location tracking.

If drivers are using a device that can make audible signals or noises, the rule requires the device to have the ability to either automatically enter a muted mode when put in a sleeper berth setting or have the functionality to allow a driver to turn the volume off.

Editing rights: Though the rule permits edits by drivers and carriers to be made, it also requires the devices’ original record to be maintained, as well as requiring all users to have a unique login ID, so that edits can be tracked and annotations kept transparent. All edits, even if made by a carrier, must be approved by a driver before being added to the record of duty status, according to the rule. All edits must also include an annotation, a minimum of four characters, explaining the edit.

Location tracking: The rule does not require compliant devices to track drivers or vehicles in real time. According to the rule, the devices are only required to provide an approximate device location — within a 1-mile radius — during on-duty driving periods. FMCSA says limiting location tracking to “reduced proximities” aids in protecting truckers’ privacy and helps safeguard against harassment from carriers.

Note: When originally published, this post said the second part of this series was scheduled to be published Jan. 27. It will in fact be published in the first week of February. 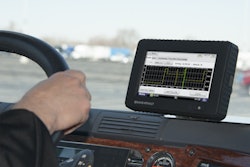