We’ve received more than a couple queries as to just what standard the Federal Motor Carrier Safety Administration will use to determine just who qualifies for the announced pre-2000 exemption from compliance with the new rule to require electronic logging devices for operators keeping hours of service records of duty status. Language in various sections of the long-ranging document published attendant to the rule referred not only to the 2000 model year but also the date of manufacture. Reader Doug Braddock asked the question directly after reading differing interpretations in press coverage here and elsewhere:

I read recently that the FMCSA had recommended using “date of manufacture” as to the start of date for trucks required to have ELD on them – other articles say “model year 2000 and above.” There is a big difference here and it would affect me – My tractor was manufactured in November 1999 but is titled as a 2000. Obviously, I would really be pleased with FMCSA wording of “trucks manufactured after Jan 1, 2000.”

Can you tell me the actual tentative ruling guideline regarding “date of manufacture” vs “model year?”

The short answer, as has been intimated elsewhere, is that FMCSA intends to draw the line according to model year, not date of manufacture. Queried directly, FMCSA spokesperson Duane DeBruyne had this to say: “The rule is tied to the model year of the commercial motor vehicle, as evidenced by the [Vehicle Identification Number] VIN.”

The model year digit in a truck’s Vehicle Identification Number is the 10th digit in the 17-digit sequence. X indicates a 1999 model year, Y a 2000, in North American standard format.

Vermont-based reader Theodore Cohen put forward the following argument, which notes the seeming discrepancy in language used in the rule, not to mention the exemption itself, as holding the potential to create problems for the agency down the line:

FMCSA needs to suspend promulgation of ELD rules and reopen the comment period given fatal flaws due to contradicting language in the rule’s wording.

In the exemption section, the rule says

But the Overview section contradicts that.

Which is it? Manufacture date or model year?

It can’t be both, contrary to the “Overview” verbiage, which mixes model year and manufacture year together.

There is ongoing confusion about the affected years; enforcement will be impossible.

The rule states that it applies to, “Drivers of vehicles manufactured before model year 2000.”

So the crafters mixed two issues – model year and manufacture date – in the same breath.

The lack of clarity in the rule is going to be a nightmare for enforcement and will saddle the FMCSA with untold lawsuits challenging the rule’s contradictory language.

The rule dropped with 516 pages of text you can peruse in full at this link.

Cohen went on to note a contention that the rule’s requirement of ELDs was intended to apply to vehicles manufactured in the year 2000, “as is impriminted on the door-pillar plate/sticker, not the so-called ‘model year.'”

FMCSA, however, maintains otherwise, and at least one reference to model year specifically as determined by the VIN is included in the rule’s text.

For further discussion of related ELD rule issues and more, read through Overdrive‘s complete recent coverage of the subject via the links below. 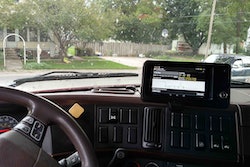 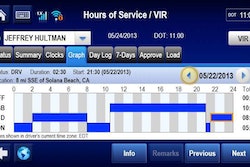 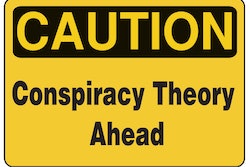 When new is already broken