The KeepTruckin smartphone logbook and electronic logging device provider has launched a petition with a goal of obtaining at least 10,000 signatures that is intended to request more flexibility in the 14-hour on-duty maximum for drivers detained at shippers/receivers. Specifically, the company is asking the DOT to examine KT data and grant a two-hour extension to the 14-hour on-duty maximum to drivers detained for more than two hours at a shipper or receiver location.

The company “analyzed data for a representative sample of property carrying drivers” who use its ELD product to determine the frequency and general impact of what it’s calling “Extended Detention Events — delays at shipper or receiver facilities that last more than 2 hours.”

Those events are frequent occurrences, happening on average seven times in any give month for every driver in the population studied.

“Our ultimate goal is to help drivers and carriers get paid for detention time,” said KeepTruckin CEO Shoaib Makani. “With 200,000 drivers using the KeepTruckin ELD, we know exactly which shippers and receivers are detaining drivers for excessive periods of time. We are going to publish that data so that carriers know who the worst offenders are and can demand payment for detention time.”

The following chart documents average speeds for operators before and after extended-detention events. KeepTruckin believes the greater numbers of drivers in higher-speed categories after the detention event is hard evidence of a hurry-up effect inherent in driving periods following undue delays. The metric could well provide evidence of race-the-clock dynamics many operators have long suspected as part-and-parcel of the 14-hour rule/ELD/dock-delay combination.

Overall, 75 percent of the individual operations studied experienced at least one extended detention event per week. Just more than a third of the sample experienced a delay of more than six hours every single week.

“The Federal Motor Carrier Safety Administration’s stated mission is to prevent commercial motor vehicle related fatalities and injuries,” the company says on the page where it posted a selection of its data and the petition. “The Hours of Service Rules are critical to realizing that goal, however there is one requirement for property carrying drivers that does not serve its intended purpose and fails to reflect the reality of life on the road — the 14 hour limit that prohibits driving after the 14th consecutive hour after coming on duty.”

You can examine KeepTruckin’s data and access the petition via this link. 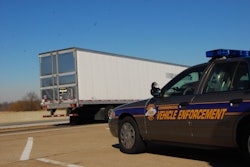 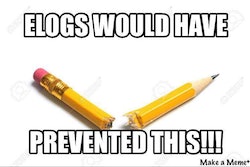