Drivers hauling livestock and insects can continue to run on paper logs — and without an electronic logging device — “until further notice,” the Federal Motor Carrier Safety Administration said Thursday in an update on its website.

FMCSA also noted on its website that livestock transporters do not need to carry documentation about this exemption.

The move by the agency seems intended to remove at least temporary uncertainty surrounding whether livestock haulers need to adopt an ELD or not.

Congress, as part of a budget package for the 2018 fiscal year, exempted drivers hauling livestock and insects from ELD compliance through Sept. 30. They then extended that through Dec. 7 with a short-term, stopgap spending measure meant to ward off a government shutdown. The deadline was then moved again, to Dec. 21, when lawmakers pushed through another brief spending bill.

There’s uncertainty over whether Congress and President Trump can agree to a deal to fund the government for the 2019 fiscal year and whether that deal will include an extension of the ELD waiver for livestock and insect haulers. There were also rumors circulating on social media outlets that some roadside inspectors had been incorrectly telling livestock haulers they needed an ELD, though it’s unclear if any citations have been issued. 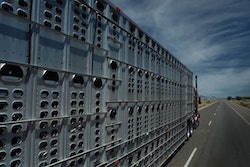 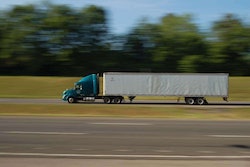