This is the second part of a two-part series. See the first part here. 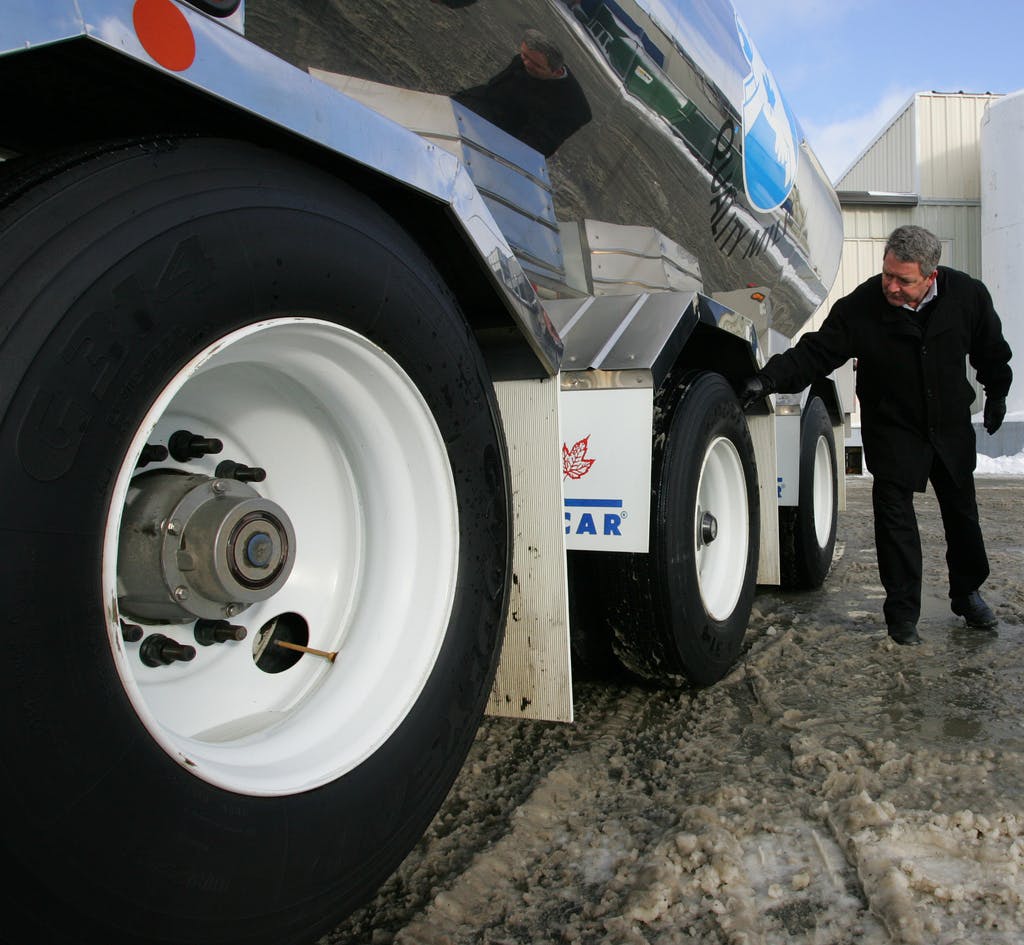 In a typical retread program, a quality steer tire can be moved back on a tractor-trailer after retreading.

Once you’ve chosen the most appropriate tires for your application, the potential for cost savings lies in maintenance. Improper inflation and poor rotation are the two primary causes of irregular tire wear. They’re also among the easiest to avoid.

“Tire rotation should be part of your maintenance program,” says Homer Hogg, manager of technical development for TA/Petro. “But understanding how and when to rotate will depend on your specific operation.”

A rotation schedule should ensure that tires on the same axle have a similar tread depth.

“The mismatching of dual tire diameters will result in one tire carrying more individual tire load than the other,” Buckham says. “This also can occur when one tire is operated at a different air pressure than the other.”

The life of both tires will be reduced substantially if dual tires are not within a quarter-inch diameter of each other, Hogg says. When one dual tire is larger in diameter than the other – but still within the quarter-inch requirement – he recommends the larger tire always be placed on the outside position.

A Michelin study shows that a 15 percent over- or underinflation can reduce a tire’s lifespan by 10 percent. Research from the American Trucking Associations’ Technology & Maintenance Council has shown underinflation by just 10 percent – less than 11 psi on a 105-psi tire – can result in a fuel economy drop of 1.5 percent.

“Nearly half of all emergency service road calls are tire-related, and underinflation and excessive heat are responsible for 90 percent of tire failures,” Intagliata says.

The way a truck is driven “can have a significant effect on the casings – this cannon be understated,” Crehan says. These driving habits include curb impacts, braking, emergency stops, speed, route choice, road maneuvers and obstacle avoidance, he says. 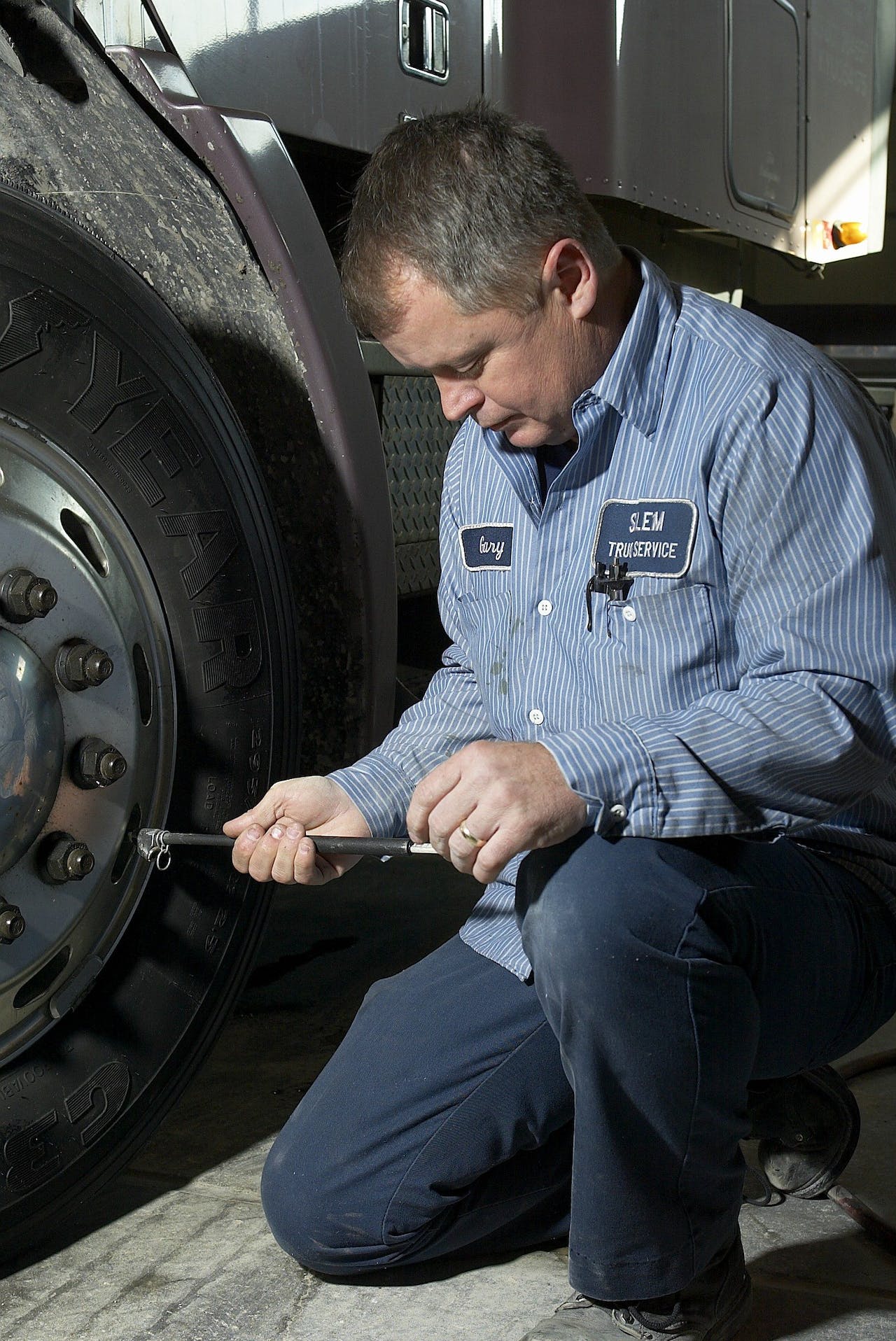 “The main reason a tire casing is rejected during the retread process is due to the tire being underinflated or overloaded at some point during its lifecycle,” says Terry Smouter, business development manager for Continental CVT.

Ben Rosenblum, director of Bandag marketing for Bridgestone Commercial, says the company’s studies have shown that high-quality casings retread just as well on the second and third retread as they do on the first.

“Casings today are built to last many years and multiple retread cycles,” he says. “If you maintain the appropriate pressure – and hopefully avoid too many curbs – you’ll get the most out of your casings.”

Trailer owners have more potential for retreading because of options for repositioning tires.

A common practice, Rosenblum says, is to buy new steer tires, place the first retread on the drive and the second on the trailer.

However, “A steer is not normally retreaded,” Crehan says. “An exception would be an all-position tread that could be used on steer axles for specialized low-speed start-and-stop applications like waste haulers and other local delivery.”

Casings that are rated higher – with fewer repairs and lower heat history – tend to be placed on the drive axle since the torque on those tires leads to higher heat generation, Carnegie says.

“As the tire experiences longer heat history or has more repairs needed, then generally it is moved into a less severe axle like the trailer,” he says. “But this is not only dependent on the number of times that the tire is retreaded. A tire after its first life could have experienced service conditions and other external conditions that could lead to it being placed on the trailer axle.”

Likewise, a casing could still be without repairs and in a condition that would allow it to be used on the drive axle, he says.

One aspect of extending tire life often goes undetected until the damage is done. That’s a worn wheel end, which causes the wheel to shimmy. Even a slight irregularity there can strip tire tread. The problem is often disguised as something more familiar.

“Irregular wear is sometimes misdiagnosed as an alignment issue,” says Rick Martin, Meritor’s senior aftermarket training manager. “If they see tire wear on a trailer axle or steer axle, they’ll usually just take it and have it aligned.” No amount of alignment is going to fix a problem caused by a worn wheel end, he says.

“You’re going to end up with some feathering,” says Jim LeClaire, national original equipment sales manager for Webb Wheel Products. “The tire is going to end up squirming.”

This is the second part of a two-part series. See the first part here. 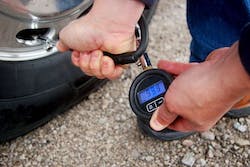 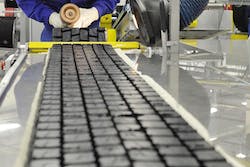 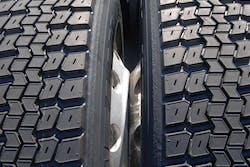 NACFE: Tires with low rolling resistance worth the investment 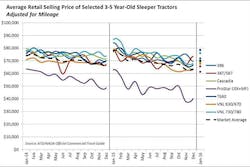