Electric car manufacturer Tesla is seemingly entering the trucking game later this year, according to an announcement by company co-founder Elon Musk on Twitter last week. Musk calls the truck “seriously next level.”

Musk originally announced the “Tesla Semi” in a blog post last summer, saying the truck “will deliver a substantial reduction in the cost of cargo transport, while increasing safety and making it really fun to operate.” 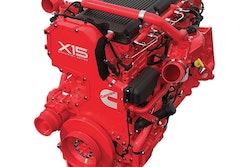