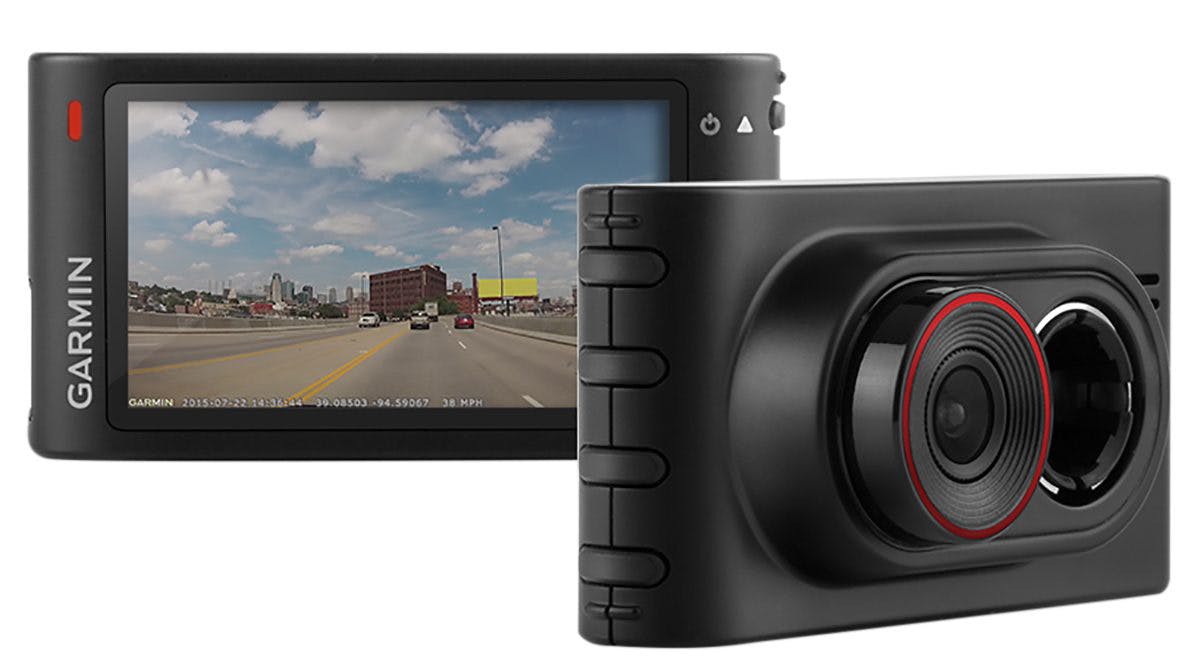 The Garmin Dash Cam 35 records in high definition and features a collision warning system that alerts the driver when following too closely to a car ahead, as well as nearby red light cameras and speed cameras.

The camera’s incident detection feature automatically saves video footage on impact, while the GPS in the system notes where the incident occurred, the travel directions, speed and more, Garmin says. Playback is available on the camera’s three-inch display screen, or online for later viewing.