BlueParrott announced at the Great American Trucking Show in Dallas in August it was releasing an updated version of its popular B350-XT headset, which will now include the company’s VoiceControl technology. 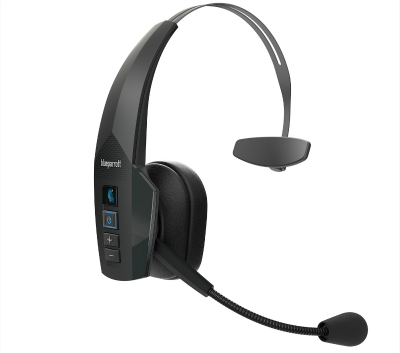 The new version of the headset allows drivers to answer or reject calls with just their voices, providing a totally hands-free experience while driving.

The B350-XT will feature mostly the same design as the with a slightly wider headband for added comfort. The headset also features 24 hours of talk time on one charge.

It also offers noise cancellation that blocks out 96% of background noise. Users can also customize the headset using the Parrott Button for one-touch access to the user’s favorite features and apps. The headset has an IP54 rating to protect against dust and moisture and has an expanded wireless range of 300 feet from paired Bluetooth devices.

And, the B350-XT is built for the long haul. It provides up to 24 hours of talk time. You can also pair it with two cell phones or a phone and a PC or tablet at the same time.

The headset is available at most travel centers for $129.99.