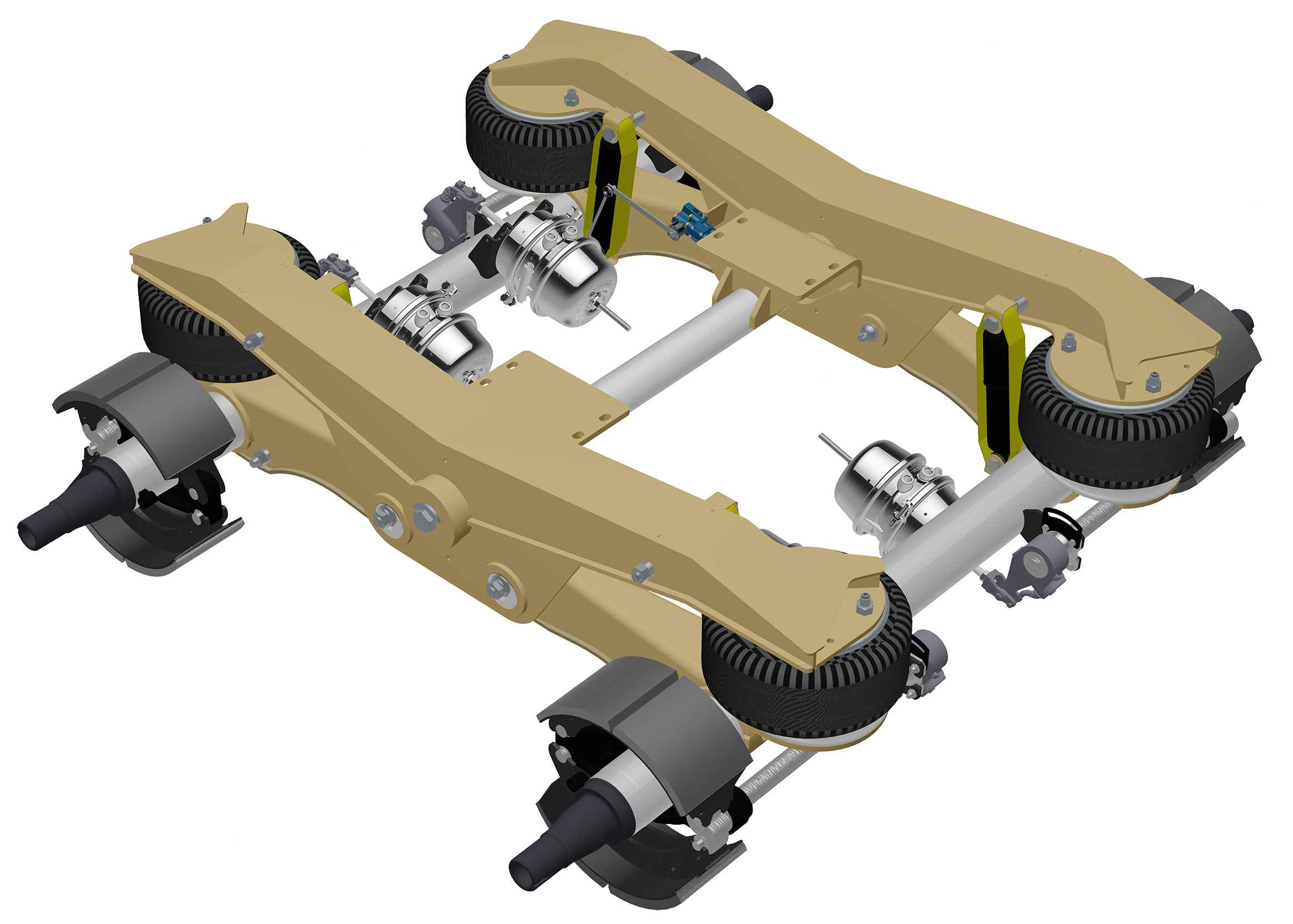 Ridewell’s RAR-254 air-ride single-point suspension leverages components of the company’s RAR-266 suspension to facilitate the smoothness of an air-ride suspension with the advantages of a single-point pedestal-mount suspension. The trunnion-mount suspension is available in ride heights as low as 10 inches and is designed for integration with the company’s drum and disc brake axles; as an option, the suspension can be shipped fully assembled with prealigned axles and pivot hardware torqued to specification. To help reduce maintenance, the RAR-254 uses a high-density urethane bushing for the trunnion assembly center bushing instead of trunnion U-bolts. The suspension uses weld-on pedestal mounts to facilitate easy ride height customization, while the replaceable boss for the pivot bushing allows for a complete replacement of the bushing assembly.

Fall brings with it a selection of new gear and gadgets