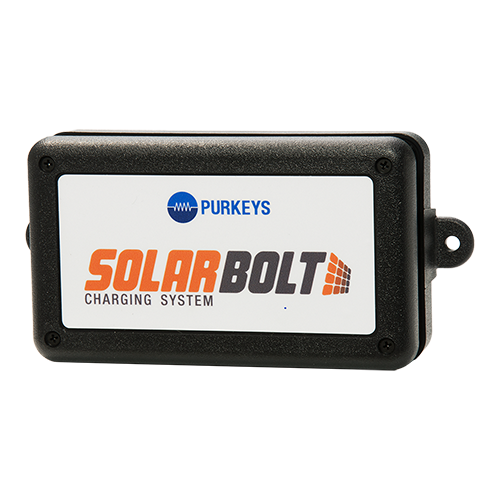 Purkeys’ Solar Bolt Liftgate Charging System is a solar-powered supplemental charging system that works with a vehicle’s electrical system to help keep liftgate and auxiliary batteries charged when a power source isn’t connected. The Solar Bolt is designed to be integrated with heavy-duty vehicle electrical systems and reduce the electrical load on the alternator, which reduces the mechanical load on the engine. Indicator lights show when the solar panel is charging and the state of charge of the batteries. It comes with a standard 90-watt panel, and up to three more panels can be added to increase power to 360 watts.