Old Time Rock ‘n’ Roll
Uploaded by : Jaykob Stephens This is my 1964 Peterbilt 281 with its original 335 Small Cam Cummins (compression release and all) and a 10 speed backed by a 4 speed auxiliary. This truck was bought disassembled by my grandfather in ’89, and he put it back together to work it in California and later Texas. He moved back to Tennessee in the mid 90’s and stretched the truck out to 262" by adding a Pete Air-Ride cutoff. He used it to pull a Travis frameless dump trailer hauling lime for the local farmer’s co-op. He later parked it and put it out to pasture, literally! In 2016, after my 15th birthday, I began toying around with the idea of buying an old truck to play around with. After mentioning this idea to my grandfather, he had a much better idea. He gave me the old ’64 so that it could see the roads again. After dragging it from the weeds, I’ve done quite a bit of work to it while still maintaining its ratrod look. It means a lot to me and my family. It’s the first needlenose (and the last truck) that my grandfather ever owned, the first truck my father drove, the first truck I drove, and my first truck overall. I plan on restoring it one of these days, but for now it’s just a toy. One thing I forgot to mention: you’ll never see another little window Pete like this. Not wanting to go along with the trends of "trash can" breathers and Luber-Finers, my grandfather moved the breather back behind the passenger side battery box and mounted a spin-on oil filter on the frame to take the place of the Luber-Finer. Thanks for letting me share!!
Related Stories 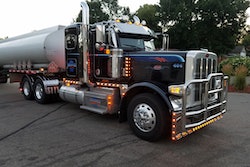 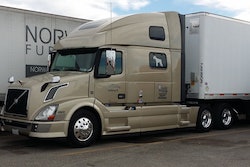 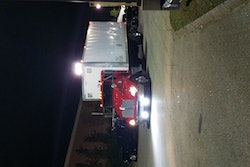