Advocates for Highway and Auto Safety, Public Citizen and the Truck Safety Coalition object to FMCSA not reducing the driving day to 10 hours from 11 and not eliminating the 34-hour restart provision, the groups said in a statement. The lawsuit was filed in the U.S. Court of Appeals for the Washington, D.C. Circuit.

FMCSA “had no data to support” increasing truck driving time to 11 hours in 2004, from the previous 10 hours, the groups said. “Given the FMCSA’s mission to prevent truck-related deaths and injuries, it is appalling that the agency issued yet another rule that fails to adequately address truck driver fatigue and puts the public’s safety at risk, ” said Henry Jasny, vice president and general counsel for Advocates for Highway and Auto Safety, in a statement.

The groups said FMCSA’s Dec. 22 final rule doesn’t prevent “the most fatigued drivers, those who work on a schedule of 70 hours of driving in eight days, from continually using the short and unacceptable 34-hour restart every week, or being required to do so by their trucking company.” Compliance for the rest break and 34-hour restart provisions will take effect July 1, 2013.

Previously, the groups and the Teamsters union had filed suit against FMCSA challenging the 2009 HOS rule. The two sides agreed to a settlement when FMCSA issued the new rule and the suit was dismissed.

The new suit marks the second challenge to the revised rule in less than two weeks. In a Feb. 14 suit in the same court, the American Trucking Associations found fault with the 34-hour restart provision that requires two early morning periods and can be used only once a week. ATA also objects to a requirement of a 30-minute rest break within eight hours of driving. 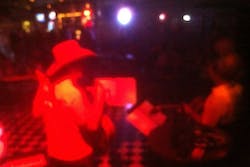