Finalist Tina Comer: ‘Beauty is how you treat people’

Overdrive Staff
May 11, 2013
Tina Comer was voted into the top 10 for the Overdrive’s Most Beautiful contest.

Tina Comer was voted into the top 10 in the Overdrive’s Most Beautiful contest.

Name: Tina Comer
Company/ owner-operator: Owner-operator, Comer Trucking
Years in trucking: 24 years with Comer Trucking (six years as a driver)
What and where she hauls: Logging in California
Truck: 2006 379 Peterbilt
——————————————-
Tina Comer says it’s her mission in life to make everyone her friend. She’s making progress too—at the end of my interview with her, she was already one person closer to that goal.

With her wicked sense of humor and a smile so infectious you can hear it through the telephone, it’s hard not to instantly like this woman who loves to laugh. In fact, Comer says the mischievous twinkle in her eyes and the constant smile on her face are her two favorite features.

“I get compliments on my eyes and on my smile,” she says.

Despite those compliments from family and friends, Comer says she was still shocked when she found out she had made it to Overdrive’s Most Beautiful top 10.

“I was just stopped, just sitting in my truck reading [the email] going, ‘Seriously? Really?’” she says. “I just was very taken aback. I’m just shocked.”

Now that she’s getting over the shock though, she says she’s excited. And her favorite part about making it to the top 10? Making new friends, of course.

Overdrive: What made you decide to enter the contest?

Comer: I got an inbox [message] on my Facebook from a guy I know. He actually sent me the link and said, ‘You’ve got to do this.’ And I was all, ‘Oh, whatever.’ And he goes, ‘No Tina, you don’t understand. You really should get in this and represent logging.’

You know, it’s funny—I grew up in a family where I’ve got four big brothers. I’m just used to being around guys more so than women anyway. I guess I just don’t even think about it that often. I just feel like I’m just one of the guys. I don’t think about the gender role as far as our job. We’re just all out doing the same job and having a good time.

Comer: I think that beauty is definitely from the inside out. It’s how you treat people. The physical beauty—I don’t look at that when I see other people. I look at the heart. I think that’s truly what matters—how kind of a soul you are.

Comer: Amy [Gladen] actually called me, but I was in the woods and she couldn’t get a hold of me. I hadn’t gotten the email because I didn’t have service, and I hadn’t gotten my calls yet, but she had left a message. I hadn’t checked it, but just as I pulled into my driveway, Amy texted me, saying, ‘Would you please check your flippin’ email?’ And when I asked why, she’s all capitals saying, ‘WE MADE IT!’

Overdrive: So is there a sisterhood—a camaraderie between the women—in trucking?

Comer: Absolutely. With the ladies that I personally know, there’s never any kind of competition. We’re all just friends. The majority of the girls that I know that drive, we all haul logs, and we’re all just buddies. And that’s the way it should be.

Comer: You know, it’s funny—I grew up in a family where I’ve got four big brothers. I’m just used to being around guys more so than women anyway. I guess I just don’t even think about it that often. I just feel like I’m just one of the guys. I don’t think about the gender role as far as our job. We’re just all out doing the same job and having a good time.

Comer: Well actually I did, when I just a beginning, new trucker. I went to this job and there was a man that apparently had issues with me being on this job, and so he met me on the road. And you know, it’s dark and I’m by myself, and he blocked the road to go in to the job and was really kind of in my face. That scared me because he was a big guy. But otherwise, I haven’t really had any [problems].

Overdrive: Is there one thing you wish you would have known before you started trucking?

Comer: I kind of had an advantage because my husband has done this for so many years. But… that I didn’t have to be so darned serious. You know what, I’m not serious about anything else in my life. Just go out, do the best job you can do, and learn to laugh at yourself, because you’re going to bend a bumper on a stump once in a while.

Overdrive: If you could fix one thing about the trucking industry, what would it be?

Comer: The cost of being an owner-operator—the fuel prices, the benefits. It’s getting harder and harder, in California especially with the CARB and such. It should be more profitable to do this job that we really love.

Comer: Anybody could do this. It’s not a gender thing. If you want something, go for it. If you have a dream, go for it. If there’s something you’ve always wanted to try, do it. That, and don’t cut me off!

Tina Comer is just one of the 10 women selected for the Overdrive’s Most Beautiful top 10 list. Read about the other top 10 candidates as well as all the other submissions by visiting this link. 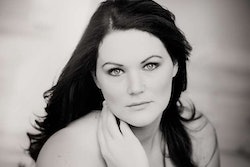 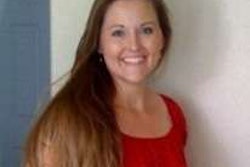 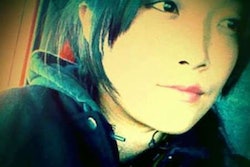