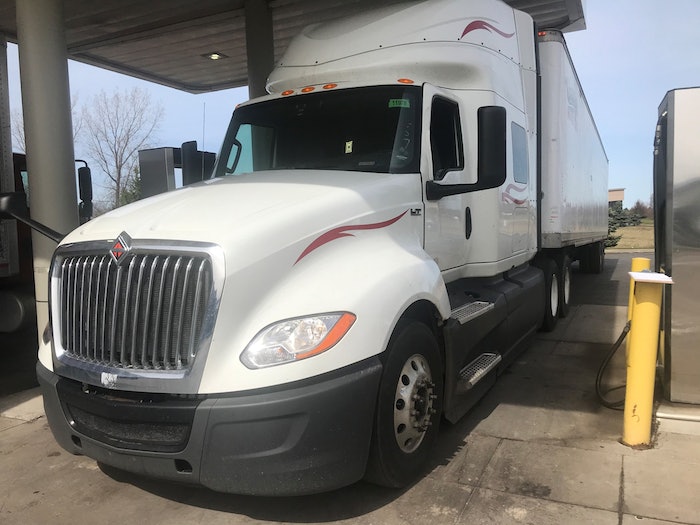 The SPIER System from SPI.Systems in Rochester, New York is a fairly simple bolt-on device that routes exhaust from a diesel truck’s tailpipe back to the engine where it’s introduced into the combustion chamber. 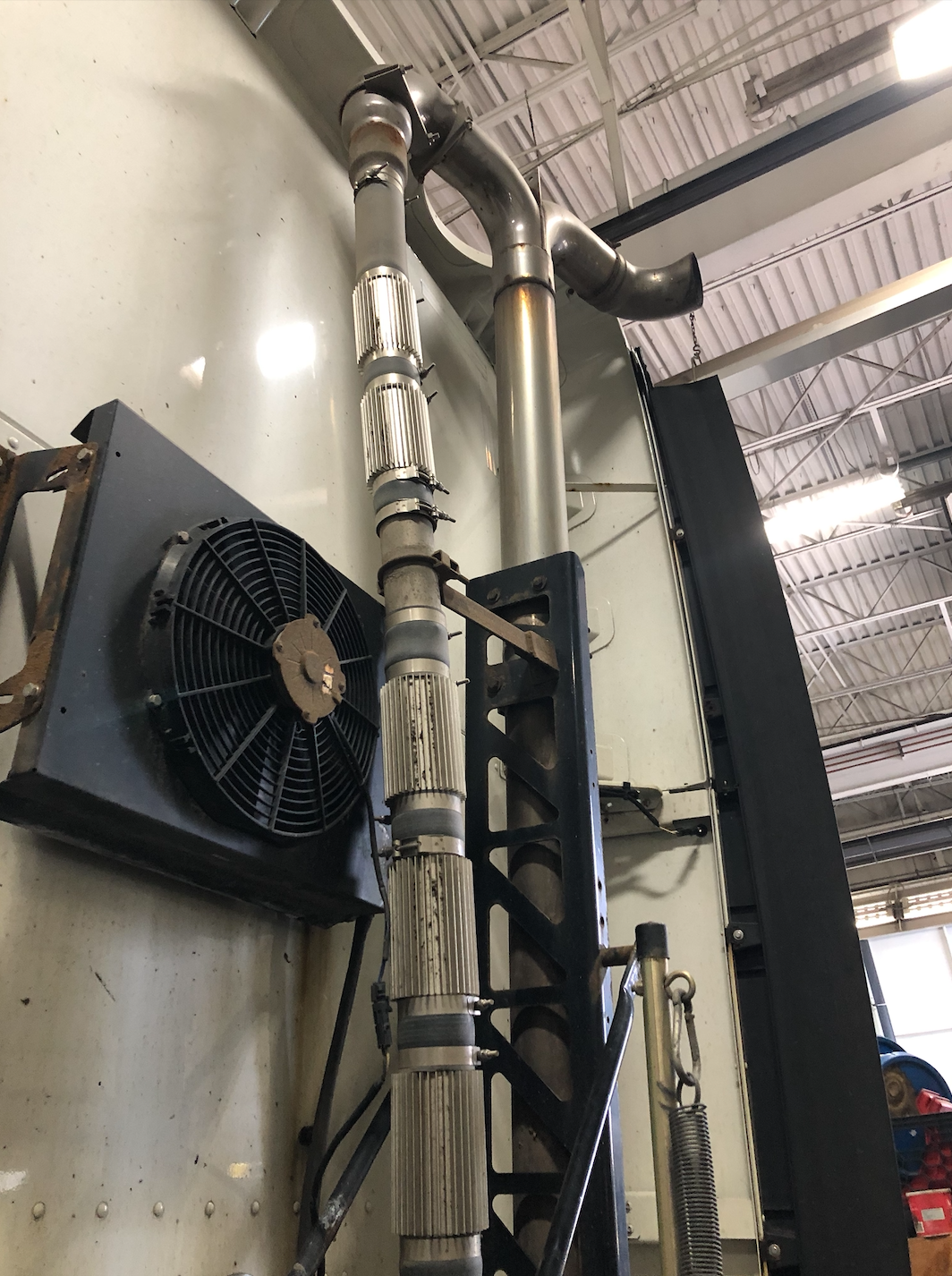 The SPIER System uses a 'Y' pipe to draw on exhaust which is routed to the engine compartment where it's utilized during combustion. The system weighs roughly 30 pounds.SPI.SystemsThe result is a more thorough combustion process according to SPI.Systems CEO Jack Schickler, a chemical engineer who added that the patent-pending SPIER System also improves engine power particularly under demanding loads.

That’s something that Leonard’s Express (CCJ Top 250, #154), a general freight hauler based in Farmington, N.Y., has noticed while testing SPIER for the past two years.

“It's one of those deals where the higher the load, or the greater the demand for power, the better the system performs,” Johnson said.

“It's pretty a simple system,” Johnson said. “It's all hardware. There's no electronics connected to the truck in any way.”

The system is straight-forward in design and takes roughly one day to install. A ‘Y’ pipe added to the exhaust tail pipe takes exhaust that’s passed through the engine’s after-treatment system and reroutes it to the SPIER ejector which introduces it into the turbo.

“We're not using all of the exhaust. We're taking a portion of it, and we're calibrating it back into the engine in concert with the normal induction process,” Schickler said. “In the process of doing that, they’ve reached the cylinder very, very quickly and the reaction therefore in the cylinder is a completely different combustion process that releases a tremendous amount of power. The reason for that is those reactive residuals in the chemistry that nobody ever accounts for.”

Schickler said that while SPIER requires some calibration they “don't alter the emission controls. We don't touch any of the OEM calibrations. We can just basically work in concert with them and blend into them.”

In addition to collaborating with fleets for testing, SPI.Systems paired up with the New York State Pollution Prevention Institute headquartered at the Rochester Institute of Technology. Senior Program Manager Dan Smith pointed out impressive fuel economy gains in an SPI.Systems whitepaper.

“We were pleased to work with SPI.Systems on an evaluation of their SPIER System,” Smith said. “Our testing and analysis showed an 18 percent fuel economy gain in highway testing of Class 8 trucks with the SPIER system installed, versus the baseline system.”

Carello, a self-described gear head who in his spare time enjoys building and running hot rods, began thinking about boosting a truck’s intake system following his work with nitrous oxide. However, his thoughts ran to plumbing truck exhaust from the tailpipe which he thought might prove helpful during combustion.

Carello turned to Schickler, a retired General Motors engineer who started a second career in the trucking industry. Schickler, no stranger to emissions, went to work to more closely analyze exhaust emissions at the tailpipe.

“To make a long story short, we have verified that there is a chemical reaction that charges the molecules that come through when we recirculate it back into the engine,” Carello said. “It has these molecules that really are looking to be ignited and they actually create more torque with less fuel.” 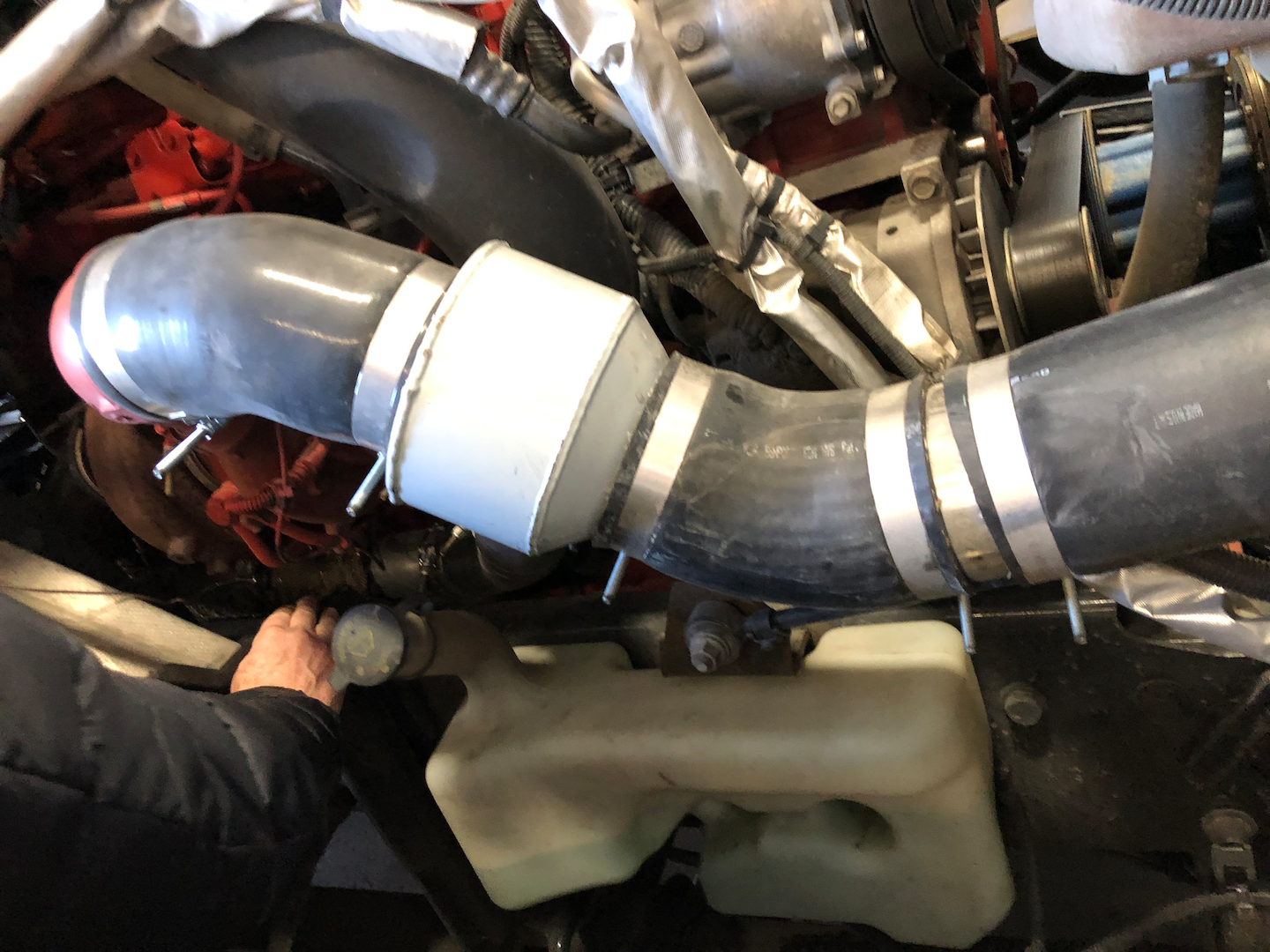 Exhaust drawn from the tailpipe is routed to the turbo and introduced into the intake. The SPIER System provides an ideal 8% oxygen level for improved combustion and introduces water which lowers NOx.SPI.SystemsCarello greenlighted testing on his medium-duty International truck powered by a 6.7-liter Cummins diesel. Encouraging results rolled in and testing was eventually expanded to Class 8 tractors.

“Diesel exhaust currently has about 16% oxygen residual in it and about 12% water,” Schickler explained. “We're using both. By the time we're done the best balance is with 8% residual oxygen instead of 16. So we're cutting it in half and then the water is helping us reduce NOx.”

The more miles a truck runs, the better the results. Medium to heavy-duty trucks averaging 90,000 to 100,000 miles, Carello said, stand to enjoy the best performance gains.

“We are reducing particulate manner by 50% so that's doing a favor for the DPF,” Schickler said. “Obviously it's not having to handle as much. We're also helping the SCR (selective catalytic reduction) because of a reduction in percentage of EGR required to reduce NOx, and because we're reducing NOx, let's say in the order of 20%, EGR doesn't have to work as hard and therefore we don't need it as much.”

A reduction in emissions work for the engine results in less demands for DEF, Schickler added.

As demand for SPIER continues to rise, Carello pointed out how some fleets will shirk back at the thought of injecting exhaust into the intake system following Navistar’s EGR failures with its MaxxForce engines.

“I'm on a product board for Navistar and I know a lot of people in the industry, and as soon as you start talking about this, they say, 'Oh, that's EGR.' Well, it's not EGR because it's already been cleaned,” said Carello.

Unlike the MaxxForce EGR system, SPIER draws on exhaust that’s been processed through the diesel oxidation catalyst (DOC).

Johnson said SPIER has required no maintenance and continues to provide impressive results.

“We're impressed with the results and excited to continue working with Jack and the SPIER system,” he said. “I think anything that we can do to help the development of cleaner diesel and take steps along the way until the newer technologies are fully functional and the infrastructure is there, is a wonderful thing for our company to be a part of.” 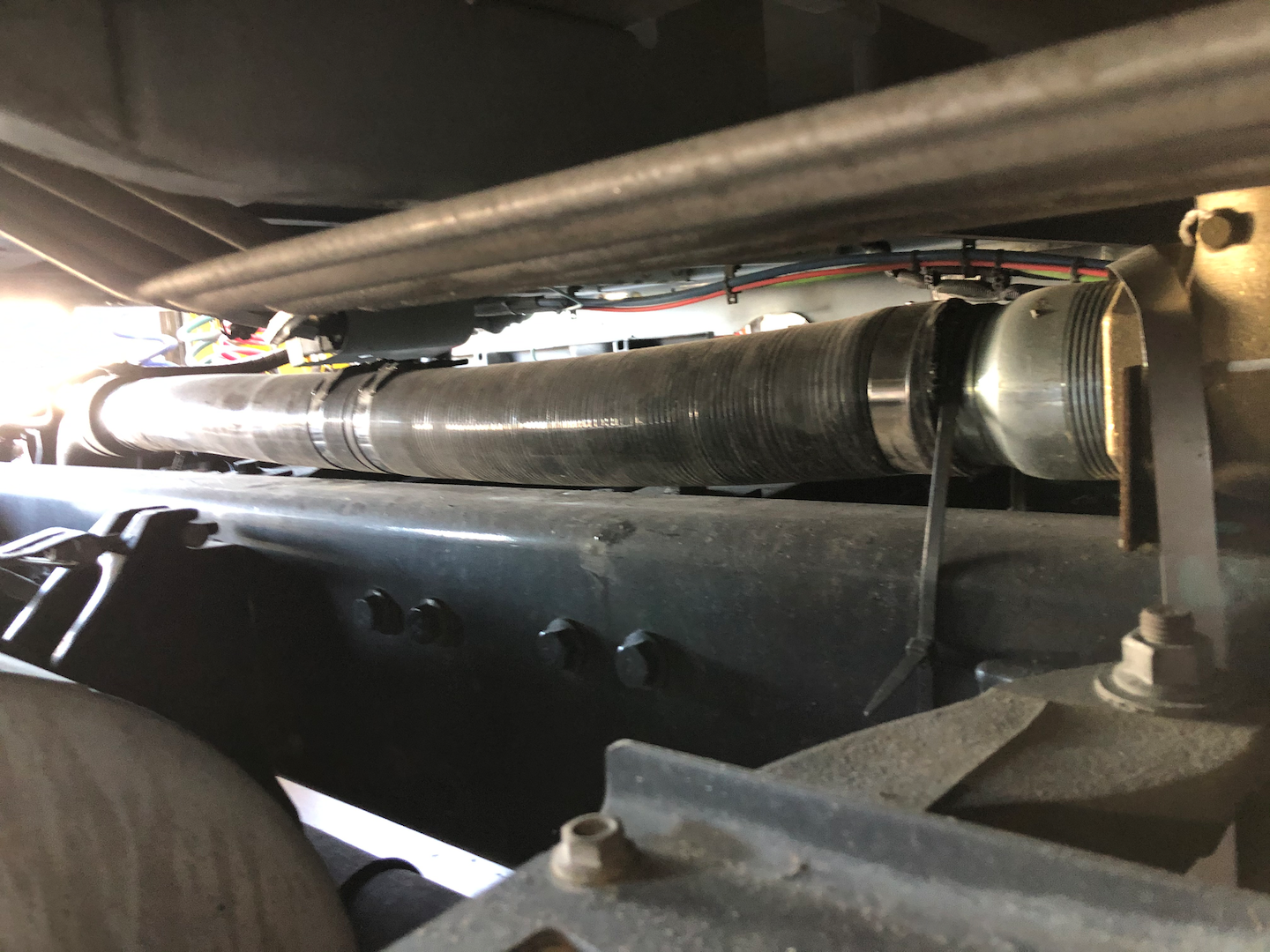 An exhaust line for the SPIER System is routed along the frame rail.SPI.Systems