More than half of driver respondents in a recent study say that the July 1 hours of service rule change has decreased their pay by 5 percent or more.

The American Transportation Research Institute released the findings of its Operational and Economic Impacts of the New Hours-of-Service study Nov. 18, and more than two-thirds of the 2,370 driver respondents — 67.4 percent — say they have seen a pay decrease. ATRI also said it analyzed logbook data of more than 40,000 drivers.

ATRI says its respondents report the lost pay is due to a myriad of factors caused by the hours rule, including changes in schedule to meet the restart provisions of the new rule, longer restart times, using a rolling schedule, losing loads to a lack of flexibility and losing productivity due to the 30-minute break mandate.

Similar to the pay numbers, nearly two-thirds of drivers reported a decrease in miles, as 64 percent say they now run fewer miles due to the rule changes.

Driver wages as a whole could see a $3.9 billion annual decrease, the study said, due to the new hours rules.

The study also says that more than 80 percent of motor carriers surveyed have seen productivity losses since the July 1 effective date. More than half of the carrier respondents said they now need more drivers to haul the same amount of freight.

Truck driver respondents in the study largely reported a decrease in quality of life, as 82.5 percent said the rules have had a negative impact there, while 66 percent say they are more fatigued under the new rules.

Click here to see all of Overdrive‘s hours of service rule coverage. 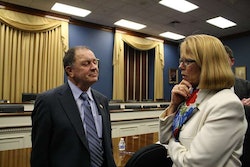 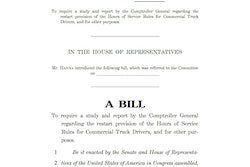