The research used by FMCSA to justify its hours of service rule is seriously flawed and calls into question the entirety of the rule itself, said the American Transportation Research Institute in a study released this week.

The Federal Motor Carrier Safety Administration, however, stands behind its study.

ATRI says it has identified a variety of technical issues related to research design flaws, validity of measurement techniques and interpretations and data conflicts within and across the agency’s January-released study.

The trucking industry and some members of Congress immediately criticized the report. Congress also has recently asked the the Government Accountability Office to evaluate the studies done by FMCSA to create and back the rule.

The Technical Memorandum by ATRI, the research arm of the American Trucking Associations, documents the following issues with FMCSA’s study:

“FMCSA has heard loud and clear from carriers and drivers that the new rules are not advancing safety and are creating additional stress and fatigue on the part of truck drivers,” says Steve Rush, president of Carbon Express Inc. in Wharton, N.J.  “ATRI’s analysis raises enough questions about FMCSA’s own study that should compel a comprehensive review of the entire rule.”

FMCSA continues to defend both the study and the rule.

“ATRI’s report is an attempt to cloud the fact that the updated hours-of-service rule is working to ensure that truck drivers who work extreme schedules of up to 70 hours a week are getting the recuperation time they need before getting back behind the wheel,” says an FMCSA statement. “A well-rested commercial driver is a safer driver.”

The agency notes that the third-party analysis is “one of the largest real-world studies ever conducted with commercial drivers” and found that drivers who began their work week following a 34-hour restart break with just one nighttime period of rest, as compared to two:

A copy of the ATRI report is available here. ATRI is also looking for input from truck operators on the impacts of the current hours-of-service rule and about detention time for two separate studies it’s working on. 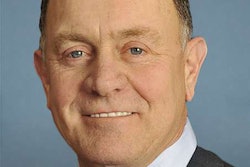