Will it take an act of Congress to get the Federal Motor Carrier Safety Administration to reconsider some of the restart provisions in the 2013 version of the hours-of-service rule?

The American Trucking Associations and the Owner-Operator Independent Drivers Association are giving it a shot.

Why bring Congress in on the debate over HOS changes that are less than a year old?

Simply, the industry is out of options, explains Dave Osieicki, who heads up ATA’s legislative affairs office.

After meeting with Administrator Anne Ferro in early May – “at her request,” Osiecki notes – the ATA delegation used data from electronic logs to demonstrate the detrimental impact last summer’s changes in the hours-of-service rule have on drivers and companies.

“These were drivers who were working very reasonable hours each week, not this 80-hour-week stuff she pretends is happening,” he adds.

And Ferro understood, calling the impact “unintended consequences,” according to Osiecki.

“But she made it very clear at the end of that meeting that she had no intention of changing the regulation,” he says. “So the only opportunity we have is legislation.”

Still, doesn’t Congress have a lot more on its plate than a trucking regulation? Where’s the voter-level demand on a narrow issue like an adjustment to a restart provision for truck drivers?

Osiecki suggests that a “broad, grassroots” push has been effective: Members of Congress are hearing from drivers and companies, “in almost every state,” that the rule doesn’t provide the intended health and safety benefits.

Indeed, Congress has intervened in regulatory matters in the past, explains Ryan Bowley, director of government affairs for OOIDA.

OOIDA supports the effort to address the current restart provisions, and has worked toward that end.

“The key element here is that we have a previous hours-of-service rule that did go through the rulemaking process – so there is a body of work that the agency and the trucking industry can turn back to,” Bowley says.

Like ATA, OOIDA questions the data and analysis behind FMCSA’s rulemaking.

“Industry observers have pointed out significant shortfalls in the science that the agency used in developing the rulemaking, and also in the MAP-21 restart study that they conducted after the rulemaking had been in place,” Bowley says. “We’ve heard from our members in terms of the negative impacts on health, and their ability to get good restorative sleep – and certainly on their income, as well. These things don’t occur on an island. That’s why so many folks have really profound concerns.”

And Congress will take these concerns seriously, especially when presented with data. Both OOIDA and ATA have made the rounds with their own studies on the driver impacts of the HOS rule change.

“When you’ve got ATA and OOIDA not just singing from the same sheet of music, but touching on the same points, that’s got some validity – absolutely,” Bowley adds.

Not everyone in trucking is in favor the legislative run, however.

The Trucking Alliance, an influential association of several large carriers, focuses its efforts on the universal adoption of electronic logging devices. And part of Senate bill’s HOS amendment will mandate another study comparing data from both drivers using e-logs and those using paper logbooks. Separately, the Alliance is pushing for an accelerated timetable on FMCSA’s e-log rule.

Lane Kidd, the group’s managing director, doesn’t like the idea of Congress setting regulations – and the Alliance has taken some trucking industry heat for signing on with a number of safety groups who likewise voiced support for e-logs but opposition to an HOS rollback.

Essentially, electronic logging devices “will give us the data to settle this whole hours-of-service debate forever,” Kidd argues.

“The Trucking Alliance doesn’t like the restart provisions either, but defunding it because people don’t like it isn’t good public policy,” Kidd says. “It will compromise law enforcement for a time, and give carriers using paper logbooks an advantage over carriers that have electronic logging devices in their trucks. I don’t expect too many ELDs will be sold during the next year if this defunding proposal passes.”

In a letter to Congress of its own, the Commercial Vehicle Safety Alliance questions how state enforcement agencies are supposed to handle any transition to the previous rule.

“We’re not making a value assessment on the hours-of-service rules – we’re not really in a position to do that. We just don’t think anybody is,” says CVSA Director of Policy and Government Affairs Adrienne L. Gildea. “The rules haven’t been in place for a year yet, and to say that you can effectively measure their impact is questionable.”

CVSA is especially concerned about possible confusion and a resulting lack of enforcement uniformity among the states. “It’s just hard to pin down how this is going to work,” Gildea says. “I just don’t think anyone knows exactly how this will play out, because there is so much gray area.” 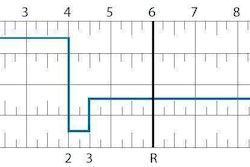