A bill making its way through the Senate now includes an amendment to suspend some provisions of the hours of service rule changes implemented in July 2013 for at least a year and require a study by the Department of Transportation.

If the bill becomes law, drivers will no longer be limited to taking one 34-hour restart in a 168-hour period and the restart will no longer have to include the two consecutive 1 a.m. to 5 a.m. periods.

The Federal Motor Carrier Safety Administration would also be required to conduct a field study in conjunction with the DOT’s Inspector General to determine if the provisions are justified and report its findings to Congress.

The amendment was offered by Sen. Susan Collins (R-Maine) during the Senate Appropriations Committee’s markup of the Transportation, Housing and Urban Development (THUD) bill June 5 and was approved by the committee by a 21-9 vote.

It would only affect the two aforementioned restart provisions and would leave intact the rest of the hours of service rules, including the required 30-minute break and 14-hour on-duty and 11-hour drive time limits and 10-hour off-duty time requirement.

The THUD bill is a $54.4 billion discretionary spending budget measure to fund the Department of Transportation, among other departments. The House of Representatives will take up its version of the THUD bill next week, which does not include the amendment. It still can be added, however.

The committee’s vote on the amendment came after about 30 minutes of comment and debate on the proposal.

Collins says she proposed and supported the amendment because the new restart limitations have had the “unintended consequences” of placing more trucks on roadways during peak congestion and commuter hours, which she says actually makes the hours of service changes cause more accidents, not less.

Other senators supported the bill based on that premise, while some supported it for other reasons, such as objections to the government’s role in regulating sleep patterns (Sen. Mary Landrieu, R-La.), and charges that FMCSA did not produce adequate research or study before implementing the rule.

There was some opposition to the bill, however, including from Sen. Dianne Feinstein (D-Calif.), who said trucks in the Long Beach and Los Angeles area “just zoom out all over the highway,” and the restart provisions offer a mechanism to ensure they’re rested. The 2013 rule changes have been effective, she said.

Others said the HOS rule had been through the courts, where it was upheld, and it has been studied enough by FMCSA.

The trucking industry is applauding the committee for including the amendment. For OD’s full story on reaction by OOIDA, ATA and others, click here. 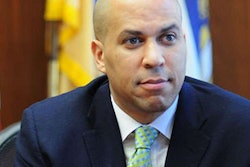