News items related to hours of service rules that came across the wire today:

The Federal Motor Carrier Safety Administration announced Oct. 1 it has concluded the data collection phase of the Congressionally required study on 2013’s 34-hour restart rules. It has now begun the data analysis phase and says it hopes to produce a report by year’s end. The report must be sent to the DOT’s Office of Inspector General for review prior to its submission to Congress.

Congress last December suspended the 2013-implemented changes governing truck operators’ use of a weekly 34-hour HOS restart pending FMCSA’s study. The suspended rules include the requirement that a driver’s restart include two 1 a.m. to 5 a.m. periods and the once-per-week limit of the restart’s use. Those rules will stay suspended until the agency submits its report to Congress, which comes after the OIG has reviewed the study.

FMCSA collected data for five months on two groups of drivers: One abiding by pre-2013 rules and one following the 2013 requirements. The agency studied 220 drivers, it says, capturing more than 3,000 driver duty cycles.

The agency studied the drivers’ fatigue levels with alertness tests and by capturing critical event data such as crashes and near-crashes.

The Truckload Carriers Association’s head of policy David Heller said earlier this week he expects FMCSA to publish the results of its study by December.

The 2014-passed law that required the study and suspended the rules did not spell out clearly how the restart rules would be re-implemented, and the decision could be left up to Congress and/or FMCSA based on the results of the agency’s study.

Likely not, says Heller, who says the short-term government funding bill cleared this week by Congress did not include policy riders nor did it affect DOT funding.

Both the House and Senate versions of DOT-funding bills for the 2016 fiscal year clarify the hours suspension and state that FMCSA’s study must show that 2013’s rules enhance highway safety and reduce driver fatigue for the rules to go back into effect.

Whether a bill with that language can make it to the president’s desk for a signature amidst Congressional squabbles over budgeting and the debt ceiling remains to be seen. 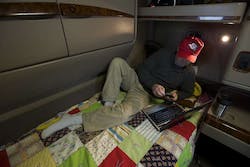 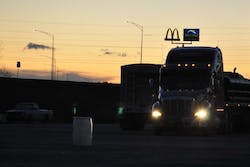 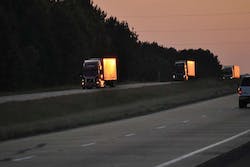 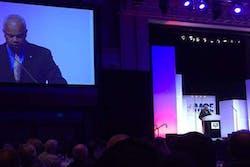