Congress is expected to act to clear up the hours of service confusion created by a 2015-passed bill that could unintentionally remove the 34-hour restart as a tool for truckers to use to reset their weekly on-duty clocks.

Sean Garney, director of safety policy for the American Trucking Associations, told attendees at the CCJ Fall Symposium in Arizona that Congress will use a December-passed appropriations bill to clarify the “legislative glitch” created by a funding bill passed last December.

Truckers this year have been able to continue using the 34-hour restart. Likewise, the 2013-implemented requirement that the restart include two 1 a.m. to 5 a.m. periods has remain suspended, as Congress directed in December 2014.

Both chambers of Congress included hours of service fixes in their respective THUD bills. Work on the legislation stalled during the election season, but it is set to resume in the coming weeks.

Garney expects lawmakers to use a DOT-funding bill or a larger appropriations bill as the vehicle for the hours-of-service fix.

Read more on the hours-of-service dust-up at the links below: 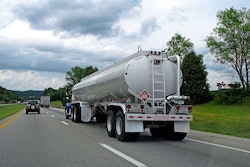