The following, from the desk of National Association of Small Trucking Companies president David Owen, was written in response to Overdrive Editorial Director Max Heine’s column in the September 2019 edition, “Relaxed rules, rested drivers.” You can read this online variant of it via this link.

I couldn’t help getting a chuckle out of your quote from Advocates for Highway and Auto Safety, who opposed all five proposed rule changes to the hours of service: “Any proposal that increases pressure on truck drivers … should be rejected.”

I find it interesting that we can all agree with that sentiment and come to exactly opposite conclusions about the proposals. The proposals’ rationale is to relieve or diminish driver stress and pressure, not increase it.

The biggest artificial deadline in the current hours of service and the one that creates unnecessarily daily stress on drivers is the 14-hour rule. By allowing the driver to “pause” that 14-hour clock from time to time alleviates the pressure to fit every shift into a neat 14-hour package that isn’t anywhere close to reality in long-haul trucking. Every driver we’ve interviewed concerning the HOS has stated that the artificial time ceiling imposed by the 14-hour clock is the most worrisome part of the rule. It literally produces negative outcomes regarding safety, demanding that drivers hurry-up, take no breaks, and drive when tired. The proposal on the other hand adds flexibility and puts the decision to “pause” or not “to pause” back in the cab of the truck with the driver who, ultimately, is the only one in the equation who can monitor and control fatigue.

The changes made to the forced 30-minute break rule also allow some flexibility and virtually eliminate the pressure on the driver to accommodate that totally unnecessary regulation. NASTC would have chosen that the 30-minute break be expunged as the bad idea it is, but the proposal eliminates a large portion of the artificial eight-hour deadline pressure in that the rule only kicks in at the 8-hour driving hour, not the 8-hour “on duty” hour. Also, it can be logged in conjunction with fueling and other “on-duty, not driving” functions. As such, the proposed changes offer a great stress and pressure reliever and represent another example of putting not only flexibility, but also common sense, back into the rule.

I can’t think of one driver in one thousand who isn’t mature enough to take regular breaks throughout his shift without the government prescribing it.

Hopefully, the extension of time when an unforeseen emergency occurs (i.e., accidents, weather, etc.) can alleviate much pressure and/or stress at the end of the week when a driver under the current rule comes up a few minutes or a few miles short in getting home and would be forced to spend a weekend on the shoulder of the highway instead of in his own bed, with his family.

What the unnecessary ELD mandate has required is a closer look at the HOS and relief from the odious stress and pressures created by the current rule. I feel if the “advocates” were true advocates for safer highways, they would see and appreciate this. 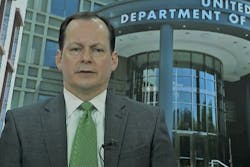 Another annual tradition thrown off in this crazy year 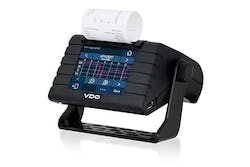 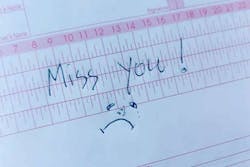