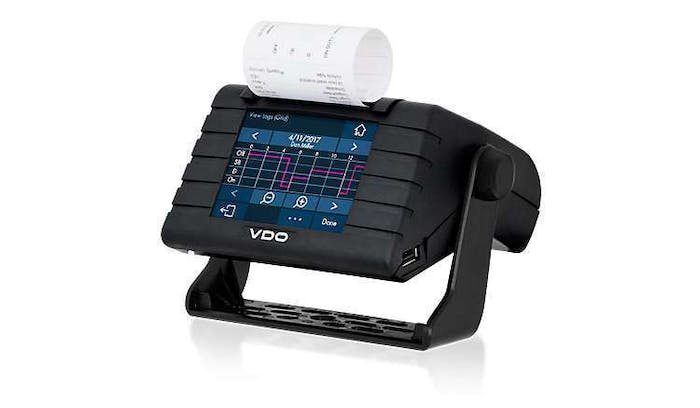 printer for log checks, which sales manager Jeff Waterstreet believes
roadside enforcement is going to like as states continue to transition to
electronic ELD data transfer. At press time, FMCSA continued to work on
building out infrastructure for that, and most states had yet to be close to
implementing it.

Given our ongoing reporting on the intricacies of the shift — by the mandatory deadline of Dec. 17 later this year — to the ELD specification for those using grandfathered AOBRD tech, some readers have wondered whether a soft launch could be in the offing, rather than the hard one most watchers have been assuming would be the case for this deadline.

When the electronic logging device mandate’s first enforcement deadline came on Dec. 18 of 2017, regular readers will recall, the Commercial Vehicle Safety Alliance and the Federal Motor Carrier Safety Administration put in place measures to help ease the transition, agreeing not to enforce the out-of-service criteria around ELD violations and to code violations of the requirement to use an ELD in a special category. This ensured, essentially, that those particular violations would not count toward carrier safety scores.

With the final ELD mandate deadline coming up Dec. 17, however, no such “soft enforcement” period is in the offing — “nobody’s really talking about it,” said Collin Mooney, executive director of the Commercial Vehicle Safety Alliance. The deadline at year-end is fundamentally different from the initial deadline, after all, which affected so many brand-new to electronic logging technology in general. For many in Overdrive’s audience, this shift will be much more easily achieved, as our surveys earlier this year have shown (nearly half of owner-ops and fleets alike still using AOBRDs can turn their current devices into ELDs with a simple mode switch).

Ultimately, CVSA’s view, Mooney noted, is that the previous “soft enforcement” period had the effect for many carriers of essentially extending the deadline in practice, and that’s “not what we want.” Also: carriers have known about this particular deadline for phase-out of grandfathered devices for years now and, if not prepared, it amounts to “poor planning” on their part, Mooney said.

He couldn’t rule out a regulatory or legislative action that could change things. (My early queries today to FMCSA have as yet gone unanswered, and Congress seems, well, pre-occupied, as it were.)

Just two months out from the deadline, though, if history is any indicator, this ship may well have sailed. Last time around, ahead of the late-2017 first ELD deadline, CVSA had announced “soft enforcement” intentions as early as late August.

And as far as violations are concerned, as is the case for an operator running paper when he/she is required to have an ELD, use of AOBRD tech will after the deadline become a violation that is the equivalent of not having a log book at all, or 395.8(a).

Would soft enforcement of this particular deadline help you? For those of you actually having to upgrade physical ELD equipment, how’s your provider doing getting devices to you or updating current devices?

UPDATE, morning 10/18/2019:
FMCSA reps “declined to speculate” on whether a “soft enforcement” period after the upcoming ELD deadline could happen or not.

Further reading on the AOBRD-to-ELD shift, chronologically from most-recent to older: 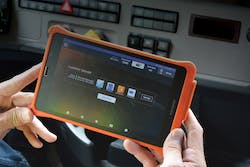 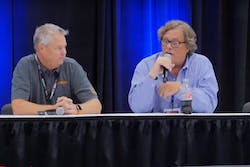