When Loren Lowry got his CDL in 1990 to haul for Washington, D.C.-area beer distributors, he couldn’t have predicted his destiny in trucking lay on the long-haul highway. It could have been more predictable, however, that his long-haul work would be as part of one of the 46-year-old’s passions from an early age. Lowry has raced off-road motorcycles “since I was 11 years old,” he says. He was on the East Coast circuit through 2001, when he began a transition from the bike seat into a more comfortable, fitting one behind the wheel of a race team transporter.

Today, he steers a 2007 Peterbilt 387 and UltraComp custom trailer as the transporter driver for the Jeff Ward Racing team, named for a seven-time season champion. “He was the man for a long time,” says Lowry of Ward. “I used to watch him a lot.”

In 2001, leading up to what would be his last pro race, Lowry was at a qualifier in New York when he met the KTM factory team manager and expressed interest in becoming a transporter driver. He drove with that team for four years, before moving to Fairmont, West Virginia, in 2006 when he took the hauling job for then L&M Racing. L&M merged with Jeff Ward’s and several other outfits last year. (Lowry is also owner and manager of a Line-X protective coatings franchise in Fairmont.)

Lowry has witnessed spectacular national racing success with L&M, which claimed Supercross championships in both 2008 and 2009. This year, he’s hauling gear for two Supercross racers — Josh Grant and Kyle Chisholm, both new to the young team.

Lowry says he’s experienced no small dose of satisfaction from trucking the team’s equipment cross-country as a transporter. “Truck driving is one of the best jobs I’ve had,” he says. “You’re directly involved in what you’re doing. It feels like the best thing for me: All of us take pride in what we’re driving no matter what it is — we polish the wheels, wash the truck every week. There’s a lot of nice trucks in the circuit.”

A week at the track

On the Supercross circuit, a trucker’s life is much like any other’s “until we get to town,” says Loren Lowry. “Then we’re getting ready for the race,” mostly at indoor or open-stadium races held on Saturdays January through May.

On arrival day, which could range from Sunday to Thursday, team transporter drivers are often responsible for at-track duties:

• Cleaning the truck, inside and out.

• Cooking, once the mechanics fly in on Thursday to build the competing bike. “These trucks carry supplies for everything to build bikes from the frame up,” says Lowry.

• Building. “I’ve helped build bikes,” says Lowry. “We pull them all the way down and put them back together. That way you’re going through everything and replacing parts as needed.”

• Shopping for and stocking supplies.

• Tent setup. “Come Friday,” says Lowry, the day before the race, “we set up our tent at the pit area.”

Other duties range from providing security around the tent to doing laundry to “whatever’s needed,” Lowry says. 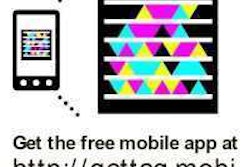