Booger was born the runt in the litter. She was very small and almost died because she was not eating. I took her to the vet and she was given saline injections under the skin in the neck because she was so dehydrated. The vet gave me some puppy formula to feed her by dropper ever 2 hours. He also told me she probably would not live. She could not hold her body temperature and would throw up her formula ever time she was fed. I tried heating pads in the bed, wrapping her in blankets and nothing worked to keep her warm. Her health was deteriorating so I took he back to the vet. He gave her another injection and told me she was getting worse. I had to take her everyday for about 3 weeks to get these injections so she would stay hydrated. I was determined to save her, she was just so tiny I wasn’t sure how it was going to work. I started putting her in my shirt next to my chest and she rode in my bra for about 4 weeks. She went every place with me. I fed her every hour and she started coming around. She took some time but was finally able to keep her temp up and I started her on canned puppy food when she was about 5 weeks old. Not much just a teaspoon at a feeding three times a day. As each day went by she was doing better and better until one day about a week after she was introduced to the puppy food. She fell sick again as with all the other puppies in the litter. I packed them all up and off to the vets we went again. The had gotten food poisoning from the puppy food. It was recalled and the store didn’t remove it from the shelf. Here I am with sick puppies because the food that was to be safe was not. I started back at square one with Booger. She almost died on me again. I had more sleepless night with her than I did any of my human children. Finally she was well enough to sell because I was breeding this litter to sell. Well as the story goes I just couldn’t part with her. She was a part of me by this time. She would sleep on my back at night because she had gotten so used to the sound of my heart that is the only way she would sleep. How could I give her to a stranger after all we had been thru together. I couldn’t. So here we are today she is 5 and just as spoiled as any child could be. I love my girl with all my heart and wouldn’t trade her for anything even after all the sleepless nights and the worry. I feel Booger has fought so hard to stay alive she should win this contest. 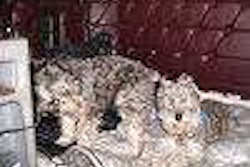 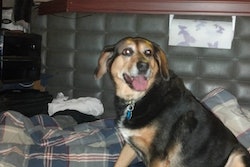 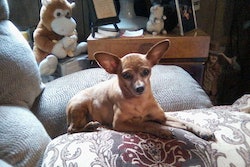 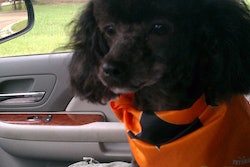