Professional drivers have one of the toughest jobs around, and the American Trucking Associations sponsors the annual National Truck Driver Appreciation Week to promote that message.

This year Overdrive again supports that effort by collecting readers’ nominations of truckers they appreciate. During this year’s appreciation week, Sept. 14-20, Overdrive will highlight seven truckers and those who nominate them. The winning nomination will be featured in the October Overdrive and online.

Truckers judged to be among the top seven submissions will receive a free “I luv my trucker!” T-shirt.

Nominations open today and will be accepted through Sept. 9. On Overdrive’s ILuvMyTrucker.com, you can make a written nomination by describing the trucker you appreciate. Click here to see the site and to make a nomination.

Submitters also are welcome to upload a photo or submit a short video that begins “I love my trucker because …” All submissions can be viewed on the site.

Driver Appreciation week is on: A roundup of happenings 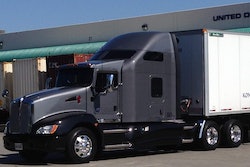 A time for thanks to those who always deliver 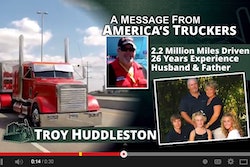