Driver Appreciation week is on: A roundup of happenings

National Truck Driver Appreciation Week — a week of celebration of U.S. truck operators spearheaded by the the American Trucking Associations — started Sept. 14 and runs through Sept. 20.

The event, says ATA, is coordinated each year to show the country’s 3.2 million truck drivers that carriers, shippers and the rest of the industry appreciate “the extremely important job” they do.

Some of ATA’s fleet members and its state associations will host driver appreciation events like ceremonies or cookouts, and some will reward them with bonuses or other gifts, ATA says.

Following suit, here’s a roundup of announcements we’ve seen about events or promotions related to Driver Appreciation Week. Stay tuned for more throughout the week:

For the second year in a row, Overdrive is recognizing truck drivers with its iLuvMyTrucker campaign, in which we collect nominations of appreciated truckers from their friends and family.

We’ve chosen seven truckers from all of the nominations and will be featuring them this week.

Click here to see all of the drivers who were nominated.

The Truckload Carriers Association will be sponsoring free health fairs Sept. 16 at 15 TA/Petro locations across the country, intended to help drivers better their health, TCA says.

Any driver with a CDL can stop by at one of the locations below between 3 p.m. and 6 p.m. The fair will offer blood-pressure screenings and glucose testing, along with activities like cornhole, basketball, dog washing, pet adoption, live bands, truck windshield washing and more.

Sleep apnea specialists, fitness coaches and local celebrities may also be on hand, TCA says. Drivers will also be surveyed informally on topics like how much sleep they get, when and where they exercise, what they eat and more.

Here are the locations of the fairs:

Pilot Flying J is offering every day this week coupons good for one 20-ounce bottle of water or any size coffee, fountain drink or refill. It will also have local celebrations at each store, it says, along with other in-store giveaways. Also, if drivers buy a Cinnabon item, they’ll get another item of equal or lesser value for free.

Pegasus TransTech announced Sept. 15 a Driver Appreciation Week promotion in which it will offer rewards to drivers who download the Transflo Mobile+ smartphone app.

Every driver who downloads the app by Oct. 31 will be placed into a drawing to win a $100 Visa gift card, and 100 drivers will be named as gift card winners on Nov. 1.

The app is available on both Apple’s App Store and the Google Play Store. 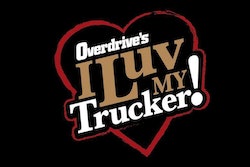 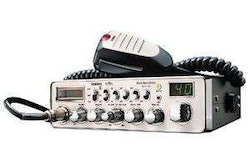 Setting the mood with CB