Kevin Kimmel of Tavares, Fla., a driver for Con-way Truckload of Joplin, Mo., has been named a Highway Angel by the Truckload Carriers Association.

He is being recognized for making a phone call that resulted in saving an abducted woman.

On the morning of Jan. 6, 2015, Kimmel was finished making some night deliveries and had pulled into a New Kent, Va., truck stop to sleep.

Two spots over, he noticed an RV that seemed suspicious. Kimmel noticed that the windows of the RV were blacked out, and then he saw a man walking back and forth several times between the RV and the truck stop’s convenience store.

The thought of a prostitution situation crossed Kimmel’s mind, then he saw a young girl’s face appear in the window briefly before suddenly disappearing, as if someone had yanked her away. The behavior struck him as odd.

When another tractor trailer pulled into the empty spot between Kimmel and the RV, blocking his view, he decided to ask that driver to keep his eye out. However, as he got ready for bed, he noticed the driver next to him had pulled his blinds down as if he was also going to sleep. The situation continued to bother Kimmel, so he decided to call the police.

“It was just a situation that didn’t feel right, and I figured I would either put a damper on someone’s vacation for 15 minutes, or make a difference with one phone call,” Kimmel said.

It turned out that Kimmel’s instincts were right on the money: the girl had been abducted from Iowa two weeks earlier. The newspapers later reported that she was a victim of human trafficking and had been forced into prostitution.

Kimmel couldn’t say too much about the story because he is now a witness to an FBI investigation, but he did say he felt like it was a phone call he had to make.

“I saw what looked to me like a young girl in a lot of trouble,” he said. “This job gives us the opportunity to be aware and make a difference by making one phone call. I hope anyone would do the same if it were my kids.”

For his willingness to act on his instincts, TCA has presented Kimmel with a certificate, patch, lapel pin and truck decal. Con-Way Truckload also received a certificate acknowledging that one of its drivers is a Highway Angel. 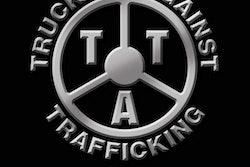 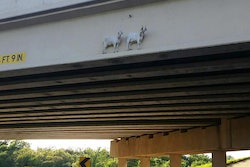 Alert! Goat on the turnpike bridge! 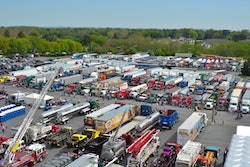