The most recent episode of “Ice Road Truckers” on the History Channel featured some uneasy situations for the drivers, writes Overdrive sister site Truckers News Editor David Hollis in his weekly recap.

Lisa Kelly had a high-dollar, last-minute run to make, but it took her over some rapidly deteriorating roads that would be easy to get stuck on. Every time she got past one obstacle, she encountered another, Hollis writes.

Alex Debogorski used the power of prayer to get through a no-longer-frozen creek, which he had to take two runs through to get it right. Debogorski also lost part of his lumber load, which he was able to recover and deliver to the customer.

Art Burke encountered a career first when he was unable to deliver a load due to a road that was going to be closed for at least four days.

Finally, a broken leaf spring nearly ended Todd Dewey’s run early, but he improvised with a tow strap and completed his run. On his 500-mile return trip to Winnipeg, he hit a rock that resulted in antifreeze spewing out of the front of the truck, ending his trip with a tow.

Hollis’ full episode recap can be seen here. The next episode of “Ice Road Truckers” will air Thursday at 10 p.m. Eastern on the History Channel. 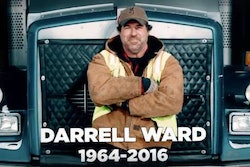 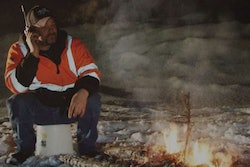 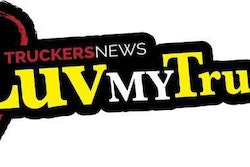 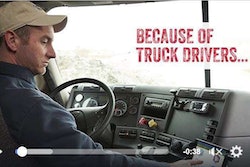