The first of this two-part series can be found here:

If you see a semicolon displayed in an unusual way, such as a tattoo, don’t assume it’s the old internet emoticon usage indicating a wink or a smirk. The punctuation mark has come to mean something else in the world of suicide prevention.

“A semicolon is used when an author could’ve chosen to end their sentence but chose not to,” wrote the late Amy Bleuel, who founded Project Semicolon. “The author is you, and the sentence is your life.”

In other words, the semicolon represents the fact that you have complete power over yourself. You can choose to keep fighting, even if you feel like giving up. Your story doesn’t have to end if you simply believe in your ability to create new beginnings.

Scott Igo took the semicolon message to the next level when the president of the company he’s leased to, Jeff Foster Trucking, gave him the green light to create an awareness truck. He contracted Elite Graphics to add the decal and suicide hotline number to his Kenworth W900.

Igo, 43, of Michigan, says he’s always struggled with depression and knows how it feels to be on the edge of suicide.

Igo credits his wife, Jaime, with saving his life two years ago when he attempted suicide. Afterward, he decided to take the suicide prevention message to the trucking industry with the semicolon graphic.

“As a man, you don’t want to show weakness. But depression, anxiety and suicidal thoughts are a lot to handle. There are meds that can help, and I’ll be on them for the rest of my life.” He says he’s grateful for the care he’s received through the Veterans Administration and the support from Jeff Foster.

“He understands where I am now and was open to me creating an awareness truck and talking about my story. He operates a real family culture with his company and asked me what they could do to help when I was ready to come back to trucking.”

Now, when he’s at a fuel island, truckers ask about the eye-catching semicolon graphic. He explains that it means no individual’s story is over yet, and he mentions the suicide prevention hotline. “I didn’t do this for attention or personal gain. This is for the one person driving down the road that I might help.”

Igo knows what he would say to someone in their darkest moment: “Life is short enough. Find the smallest things that make you happy. The pain you are suffering through, no matter how bad, can be reversed. Whatever it is, fight through it. Pick up the phone and call someone. It can be the suicide hotline, your pastor, family member, friend, your safety director or dispatcher. Just make a call to someone.”

Igo thinks the stigma of suicide is dropping as there is more focus on prevention, such as the Truckers for Truckers Facebook group. “You see the sad stories people post on the group and then how the members rush in to offer support and compassion,” he says.

Former group member Kari Fisher says its power is in peer-to-peer counseling, with responses often coming soon after a posting for help.

“There are stressors that only other truckers can relate to, such as issues with your dispatcher, the isolation and relationship issues from being away from home,” says Fisher. She’s been on the road for nine years with Lee Fisher, her owner-operator husband.

The group has moderators and others willing to communicate privately with members in distress. Fisher says she’s been in situations where her experience in previous jobs as a police dispatcher and emergency medical services technician, which included training in post traumatic stress disorder and critical incident stress debriefing, has come into play. Once, when a member posted alarming messages, her intervention saved his life, and she stayed in touch during his recovery.

Fisher, who has struggled with her own dark times, feels there are many misconceptions about how truckers can address their mental illness. Truckers often need assurance “that they can work with their personal doctor to get the right antidepressant that’s safe to use and operate a truck,” she says. “There are lots of new medications that are safe and effective.”

Police always are willing to check on potential suicides, including at truck stops, says Lt. Mike Shaw, a Michigan State Police spokesperson. “Make sure you give as much information as possible,” he says. “If you know they have access to a gun, that’s something we want to know.”

When Igo first started posting on the Facebook group, he was amazed by the number of shares and likes.

“You hear the brotherhood in trucking is gone, but a group like this shows that it’s alive and well,” he says. 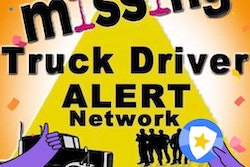 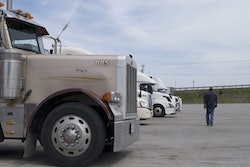 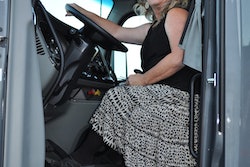 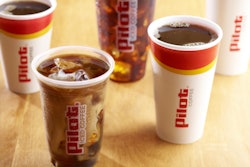