In the above video, Jason Harte of Sammons Trucking tells in his own words how he responded when he came upon a family in a wrecked minivan.

For his prompt action in rescuing children in the van before emergency help arrived, Harte was recognized as a Truckload Carriers Association Highway Angel. He was also named a Knight of the Road in the January Overdrive.

Here are the comic panels drawn by Don Lomax for the January issue of Overdrive, along with a photo from the incident and a photo of Harte: 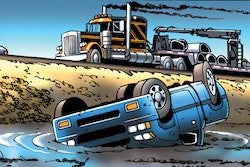 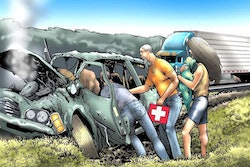 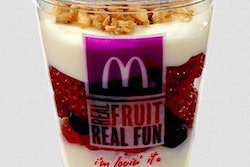