It’s a special day here at Overdrive, given the chance to make this video premiere from award-winning bluegrass singer-songwriter Tina Adair. Adair had been performing the trucking-song classic “Eighteen wheels and a dozen roses,” written by Paul and Gene Nelson and made famous in part by Kathy Mattea in the 1980s, for years before she presented it to producers Adam Engelhardt and Glen Duncan to potentially record during the June sessions that produced this version.

“This is one that I brought to the table” for the record, Adair said. “I’d been singing it my whole life since I was a little girl,” having been a fan in the 1980s of Mattea’s version. “We went in and cut it,” and you can hear and see some of the results in the video at the top of this post with a large cast of pros in Nashville, where Adair lives:

The single release follows a successful 2019 for Adair. Her all-female Sister Sadie bluegrass group was nominated for a Grammy for their Sister Sadie II record and won Vocal Group of the Year at the International Bluegrass Music Association’s annual awards. The release also caps an interesting 2020, with Adair’s home in Hermitage, Tennessee, just missed by the tornado that ripped through the Nashville area in March, followed closely by COVID-19’s spread throughout the country.

When the pandemic hit, Adair was nonetheless determined to make something of the year. She’d already “been talking to [Engelhardt] about a solo record,” she said. “It was time.”

She expects the record to be out early in 2021. 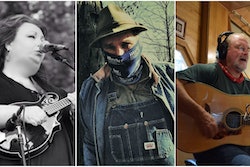 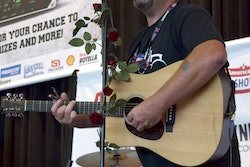 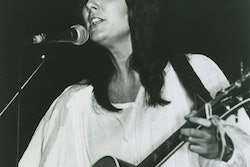 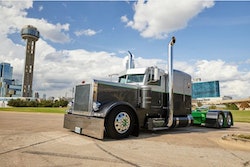