Sometime flatbedder and former small fleet owner Johnny White finds inspiration in day-to-day problems — that might not be the best way, however, to describe the occasion that spurred him on to his latest solution, the new TimeBandit electric cargo-strap winder (pictured).

As he tells it, “I was up in St. Cloud, Minn., when it was minus 6 degrees,” delivering a flatbed load of HVAC units to a Home Depot in the middle of a snow and ice storm. “After offloading the HVAC units I tried to roll the cargo straps up and it was just freezing” — ultimately, he couldn’t get them all rolled and stowed and got warmed up and out back on the interstate just several miles from the delivery point when he was stopped.

“I was fined 368 dollars for not having all the straps rolled up by the DOT,” White says. “For the next 800 miles I was thinking about all the other truckers out there in the same situation, whether it be hot or cold.” The Arkansas resident was speaking to me last week Wednesday: “It’s 103 today – equally bad in those kinds of conditions trying to get the job done. It can take about 45 minutes to hand-roll all those straps.”

And, as White notes, of course, time is money. “Your load time is counted against your day.”

Doing some rudimentary calculations — allowing an hour a load spent rolling straps and 300 loads a year —  “I discovered that the downtime is 30 days’ worth” over a year’s time. “If you weren’t hand-winding straps you could be back on the road making money during that time.”

Cue the Time Bandit, an electric cargo-strap winder that runs on 12-volt DC power and can hook right to a rub rail (the portable version) or can be mounted in a cargo box (some are available via trailer dealers pre-mounted).

White says the portable version is selling for around $149 right now at trailer dealerships with a current discount offer. Dealers carrying them include Superior Trailers, Pinnacle in West Memphis and Nashville and various Great Dane, Fontaine, Transcraft and Dorsey dealers. Find more via the Time Bandit website here.

Any flatbedders have one of these — or similar device — already? Let us know in the comments here.

And following check out the Time Bandit folks’ video demonstration of the unit: 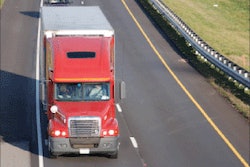 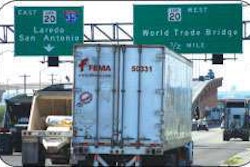 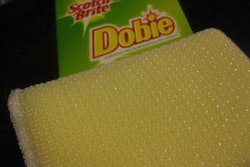 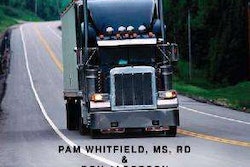