Jazzy Jordan is still in race to help truckers

It’s been more than two years since then-17-year-old Jasmine “Jazzy” Jordan finished a cross-country run to generate greater awareness about the healthcare and insurance issues truck drivers face. While Jazzy has been busy with the normal activities of a 20-year-old, she hasn’t forgotten her trucking family. In fact, when I spoke with her today (Dec. 21), she was preparing for another project that she hopes will continue what she started.

“In this pageant, 40 percent of the scoring is based on your platform,” Jazzy says. “I’m very familiar with the St. Christopher Fund and it’s something I believe in. I want to raise more money for it than I did on the run. I really feel I can make a difference.”

Jazzy says she still keeps in touch with some of the truckers who supported her during her 3,000-mile-plus trek from California to New York. “A few truckers even showed up at my high school graduation,” she says.

While Jazzy has been busy on the pageant runways donning high heels and evening gowns, she hasn’t completely discarded her sneakers and running clothes. Staying healthy and fit is still important to her. She runs about three miles a day and plans to start school in January to become a health and fitness specialist.

But most of all, she still cares about the truckers who helped propel her into the spotlight. “It’s nice to know that even though I’m no longer on the run, truckers still care,” she says. “I got to meet some great people out there.”

Keeping running (and smiling), Jazzy. You are making a difference. 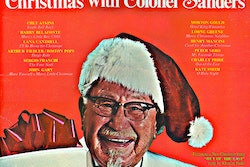 “Christmas chicken,” a surprise gift and other seasonal tidbits 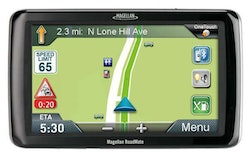 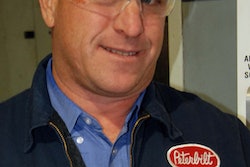 How one dealer eases the pain of repair anxiety