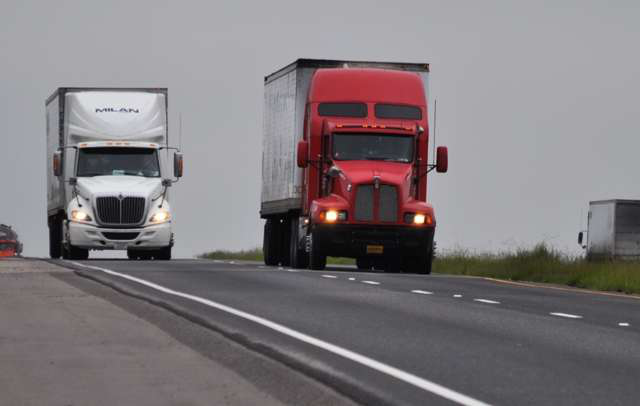 It happens occasionally. A government bigwig gets in tractor-trailer and does a loop around a city. The media shows up, snaps a few pictures of said official behind the wheel of the big rig, along with the standard grip-and-grin shots of the trucking company executives (and token trucker) who have loaned their services to the well-orchestrated event.

The most recent example comes from our northern neighbors. Alberta Motor Transport Association helped set up a ridealong for the Canadian province’s Minister of Transportation Ric McIver around Calgary – for one hour. (At least he actually rode in the truck. I once went to a similar presser in Washington D.C. where the government official simply had pictures taken sitting behind the wheel of the parked rig.) Photo-ops for high-ranking government officials are nothing new. They are bread-and-butter for goodwill and public relations.

But why should these events be only for PR? Why not make ridealongs standard requirements for officials who head up transportation agencies like the Federal Motor Carriers Safety Administration? It makes sense that if someone is going to regulate a particular industry, especially one as large as transportation, they should know how it works – in the real world.

Truckers often have suggested having lawmakers and agency officials ride with them before adopting changes to major rules like hours of service. It’s actually a great idea. After appointment to a transportation committee or agency, the top official should be required to spend a few days with his or her boots on the ground. In the case of the trucking sector, the official could shadow a trucking executive for the day, spend a few hours in dispatch and finally ride along for least a week in a truck actually picking up and delivering goods. Split the week between riding with a company driver and an owner-operator.

Of course, this is unlikely to happen. Most government officials are too busy regulating by data, emerging trends, studies and committee reports to find time for real-world training. And the life of a trucker is too demanding and presents too many dangers for the average government official to chance.

Even though it’s supposed to be them working for us, we put government officials on pedestals and allow them to regulate from 40,000 feet. That’s a shame because ground level offers a different view – one that cannot be appreciated from those with their heads in the clouds.