My comments on the proposed mandate for electronic logging devices brought no shortage of criticism. I agree with one theme that shows up repeatedly in the critique of that April editorial. To summarize: “I abide in the law, so don’t treat me like a renegade.” Or, “I know when I need to rest, don’t treat me like a child who doesn’t know better.”

The reality is that a major reason there is an hours of service rule is that there are enough law-breakers and desperate drivers and greedy fleets whose support of fatigued driving ruins the industry for everyone else.

As “R. Mahon” commented online,“The HOS regs were originally written to protect the drivers from the carriers running them literally to death. Many carriers would still do that, if they could find a way.”

And this leads to a better question, put well by “Eric” in an online comment: “I’m a successful business owner, why should I be held to the same standards as someone new to the industry?”

Quite right. I have argued in a prior piece, as have others, that one big improvement to the hours rule would be to gradually loosen restrictions as drivers proved they were safe and mature. Those who prove to be the opposite are better off leaving the industry or, at least, being held to some narrow restrictions.

“If you’re a chronic violator, then fine, but I should not have to pay for someone else’s misjudgments,” wrote Joseph P. Bielucki of Quaker Hill, Ct.

One other common objection is that small operators, unlike their big competitors, can’t afford an ELD system. That’s true. And what’s more, an ELD for, say, a one-truck independent doesn’t offer the efficiencies a big fleet gains because the solo guy fully knows his situation. For him, the ELD merely proves compliance.

Which points back to the idea of retaining some basic freedom of operation if your record shows you to be a safe driver. Say you’ve driven five years as a leased operator with a clean record and you want to get your own authority. You shouldn’t have to invest in technology to continue proving what you’ve already proven.

Art Pfluger of Road Warriors Transportation in Morristown, Ariz., one of those who noted the expense problem, also added, “I think you are underestimating those of us “Old Guys” that are willing to move on. It won’t be easy, but for us, instead of embracing this, we are laying plans to leave and find other ventures.”

I believe many – at least many independents – will indeed leave. In a recent study we did, 71 percent of independents say they’ll quit before they run with an ELD. My colleague Todd Dills explores this fully in a story in this story from April 17. 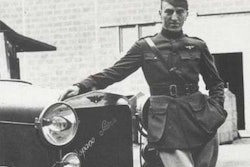 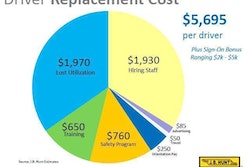