E-logging: What’s trackable is going to get tracked

During last month’s annual meeting of the Truckload Carriers Association, about 100 companies exhibited their wares – mostly of the soft, not hard, kind. They hawked software that tracks equipment, analyzes data and does other impressive feats, all in the name of helping fleets make more money.

That’s why, even if we lived in an alternate universe where hours of service did not exist, fleets eventually would monitor drivers’ locations and hours. Not just because it’s doable, but because it’s data that could improve efficiencies.

So when it comes to the proposed electronic logging device mandate, we’re long past the point of inevitability. Had it not been for the holdup of the driver harassment issue four years ago, we’d be seeing implementation much sooner than what now looks like late 2016.

The Federal Motor Carrier Safety Administration has made a reasonable attempt to mitigate potential harassment by adding eight provisions to deter it. There’s always some way to skirt protections, but it’s doubtful the holes are big enough for the rule to get delayed again for that reason.

As fleet after fleet has gone to electronic logging, the most common refrain from drivers is that it’s been a surprisingly welcome change. That’s because it really can protect drivers from coercion to violate hours.

Executives at TCA said it’s the smaller fleets, unwilling to abide by legal hours or unable to afford the new systems, that are most resistant. “If you’re running legal, there’s no legitimate objection,” said Tom Kretsinger, Jr., president of American Central Transport and immediate past chairman of TCA. “It’s just a cost.”

The opportunity for unscrupulous fleets to run illegally has always been more than a safety problem. Pushing drivers to run over hours has been one way for those fleets to steal business by under-bidding their rule-abiding competitors. Once the new rule blunts this edge, that could, ideally, make for slightly better rates once fleets don’t face competitors willing to run for artificially low rates.

I spoke with an owner-operator at the Mid-America Trucking Show who was amazed, having recently switched to Landstar Systems, that his net income is strong enough to relieve the pressure he’d felt to run almost constantly at a former fleet. And, by the way, that’s been while using e-logging, required of all new Landstar owner-operators.

It can take some getting used to for older drivers, but it’s no roadblock to earning good money. And with CSA hovering so closely, a tool that keeps you clean on hours can be quite helpful. 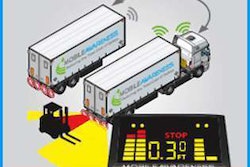