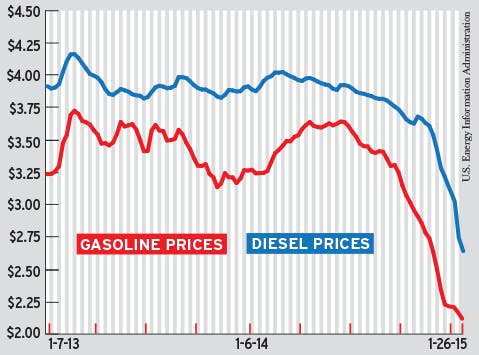 Our industry roundly rapped President Obama for not giving the nation’s infrastructure needs more than a passing nod during his State of the Union address.

“By simply bringing the topic up without details, President Obama missed an opportunity to underscore the critical role our highway system plays in our economic well-being,” said Bill Graves, president and CEO of the American Trucking Associations. “Now is the time, with the Highway Trust Fund set to go bankrupt in May, to show vision and leadership and, most importantly, find funding to keep that from happening.”

The Obama administration continues to miss a second opportunity for highway funding that predates his speech to the nation: the unforeseen bargain-basement prices for fuel. With gasoline at $2.04 per gallon and diesel at  $2.87 in late January, and the economy steadily rebounding from the recession, the political climate for an increase in the federal fuel tax – never a popular topic – is better than it’s been in many years.

Congress wimped out again last year and injected the Highway Trust Fund with only enough money to make it through May. Expenditures still exceed receipts by $15 billion a year.

The crisis has been anticipated for years, given the flawed funding basis for highways. The federal motor fuels tax, 18.4 cents per gallon for gasoline and 24.3 cents for diesel, hasn’t changed since 1993. Considering the inflation over those two decades, as well as cars and trucks becoming more fuel-efficient, the real value of gasoline’s 1993 tax level has dwindled by about a third.

Long-term readers know all too well what else has transpired over those years: Gridlock in more cities, urban interstates going without the extra lanes they need, and highways everywhere in pitiful states of disrepair.

Meanwhile, trucking-related fees and regulatory costs have soared, and four-wheelers have gotten a relatively free ride on highway-related expenses other than fuel.

One obvious solution is to raise federal fuel taxes and index them to inflation. This would provide a much-needed infusion for the short-term and the stability of small increases long-term.

Not only do current low fuel prices make a tax increase more palatable than normal, polls have shown that even before the fuel price plunge, the public would support a small fuel tax increase to improve roads.

Based on comments from Transportation Secretary Anthony Foxx on Capitol Hill Wednesday, some action could be forthcoming. His widely reported “to hell with the politics” was part of his call for lawmakers to get their act together and pass a long-term bill. Foxx said the administration plans to send Congress an improved version of its four-year proposal that tanked last year.

Let’s hope Congress and the president act on this opportunity before it passes. 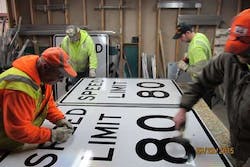 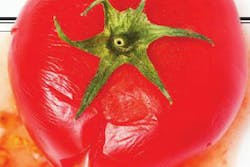 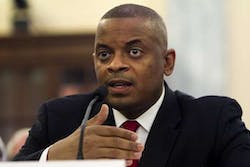 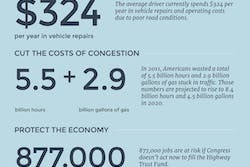