As the above map graphic makes clear, and as we reported in this linked story about South Dakota’s adoption of an 80-mph speed limit, top speed restrictions in Texas are alone in reaching the 85-mph mark on any highway.

Writing in an op-ed published yesterday in the Dallas-Fort Worth-area Star-Telegram, Texas Trucking Association president John D. Esparza urged Texas lawmakers, and implicitly others around the nation, to truly ask themselves, “How fast is too fast?”

Esparza cited research on Texas car-truck collisions that showed “of all the fatalities in Texas during the past five years,” representing almost a third of fatalities nationwide, “trucks were involved in about 14 percent and found at fault less than 4 percent of the time.” Read his entire commentary at this link.

The reality of and advocacy for speed-governing-device use in heavy trucks is part of it. Esparza is, after, head of a state trucking association that is itself part of the American Trucking Associations. The ATA advocates for speed-limiter use — but also a 65-mph national speed limit for all vehicles.

While majorities of Overdrive readers have shown no favor for either measure, they’re less equivocal on the national speed limit and many recognize the reality that increased speed limits can be a safety hazard given the on-highway interactions they encourage between trucks and four-wheelers.

Here’s reader Norman Ott, cracking wise under the story about South Dakota’s rise to 80: “Most fleet trucks are limited to 65 or so, and in a few years all trucks will be. That will make a big speed differential, smart thinking.”

And Derry Nelson, via Overdrive‘s Facebook page: “I think 70-75 is fast enough! We all notice the higher you post the speed limit the faster the crazies are out here. If you post the speed to 80, you’ll have people doing 90-100 mph.”

Whether the speed-governing mandate happens or not, many operators will continue to run well below any 75-or-higher speed limit for a variety of reasons, whether concern for commercial truck tire top speed ratings of 75 mph or a desire for the better fuel efficiency lower speeds provide, which Esparza also made note of in his op-ed.

As one commenter, posting only as “Shaun” under the S.D. story, put it: “68-70 gets me around just fine. No hassles with the cops, fuel economy doesn’t take too big a hit and tire problems aren’t a factor.”

Anybody run through South Dakota lately?

More voices via Overdrive‘s Facebook page:
Michael Pfistner: It’s a lot easier to raise the speed limit than raise the fuel tax. The roads aren’t any safer than 5, 10, 15 years ago. Cars are a little safer in general, but it’s all about the $$$.

Lioubov Tchepiakova: We are driving 65 by choice, going to 70 to pass. There is no reason go any faster in the truck.

Larry J. St. John: Faster you go, the more fuel you use. The faster the speed the bigger the wreck. Worked for an outfit for years limited to 68. Never bothered me a bit.

Ken Lowe: My rig runs the best at 70, and gets the best mileage. And I run quality retreads on Dunlop or Michelin hides. 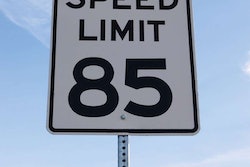 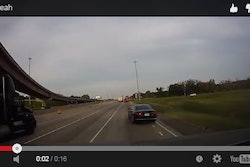